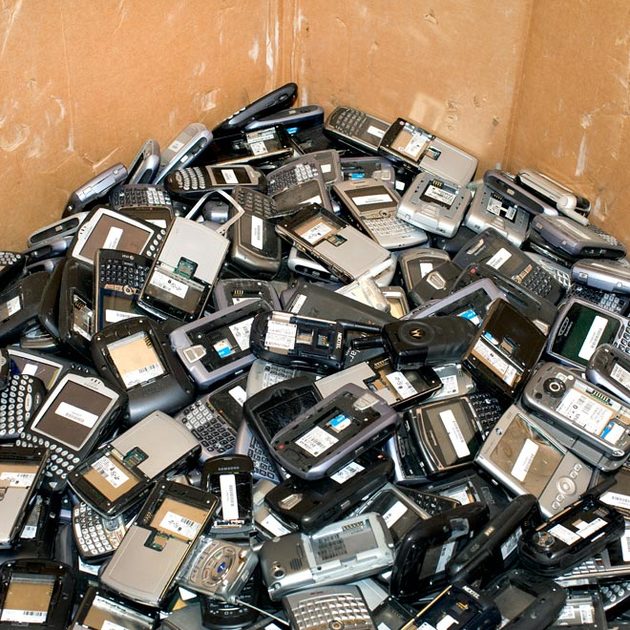 4 May 2015 - The head of the United Nations body tasked with setting the global environmental agenda today stressed the need to limit the use of dangerous chemicals and to find a solution to the masses of electronic waste building up around the world, as a Conference of Parties to three major Conventions on the subject began in Geneva today.

Achim Steiner, Executive Director of the UN Environment Programme (UNEP), told journalists that the "tsunami of e-waste rolling out over the world" not only accounted for a large portion of the world"s non-recyclable "waste mountain" but also needed dealing with because many elements found in electronic equipment are potentially hazardous to people and the environment.

"Never mind that it is also an economic stupidity because we are throwing away an enormous amount of raw materials that are essentially re-useable," said Mr. Steiner. "Whether it is gold, silver or some of the rare earths that you have heard about perhaps in recent years, it is still an incredible amount."

Mr. Steiner said that the amount of some such materials that are available above ground in unused electronics now exceeds the amount still in the ground and he looked to the potential of the Basel Convention to help access "urban mines" by working to better inform people of how to dispose of their e-waste.

As well as the Basel Convention, for which the Geneva meeting is the 12th Conference of Parties, the eleven-day "2015 Triple COPs: Setting the Scene for Sustainable Management of Chemicals and Waste, Worldwide" will also cover the Seventh Conference of Parties to both the Rotterdam and the Stockholm Conventions. Over 1,500 delegates are expected to take part in the talks, which aim to improve three international conventions contributing to global controls on hazardous chemicals and waste.

The Executive Director said the three Conventions were not about stopping the use of chemicals but about providing a clear platform from which to inform policy-makers of science that can inform decisions to help protect citizens from toxicity and about signalling to the market that alternatives are needed.

He pointed out how materials used in production of various items are becoming ever more present in people"s daily lives, and he said people were becoming "increasingly a repository for the chemical footprint of the 21st century," often in ways that damage health.

"Annually, one million people die from occupational poisoning," Mr. Steiner said, referring to the effects of the use of chemicals on people"s bodies. "This is something that is, in this day and age, not only unnecessary it"s really intolerable. And this is why the sound management of chemicals is something that has brought Governments, civil society but also the private sector and the chemical industry together."

The Executive Secretary of Basel, Rotterdam and Stockholm Conventions, Rolph Payet, echoed Mr. Steiner"s concerns about the number of people dying from occupational poisoning and described the wide reach of chemicals, with DDT found in polar bear and fat because of its transport in water and in the air. While the number of those dying from occupational poisoning was notable, he also pointed to the "silent crisis," whereby the accumulation of chemicals in people"s bodies was possibly slowly killing them.

Clayton Campanhola, the Executive Secretary of Rotterdam Convention and a representative of the Food and Agriculture Organization (FAO), said the agency was particularly focused on the prevention of use and safe disposal of obsolete pesticides. About 500,000 tonnes of obsolete pesticides scattered around the developing wold posed serious risks to people and environment, he said.