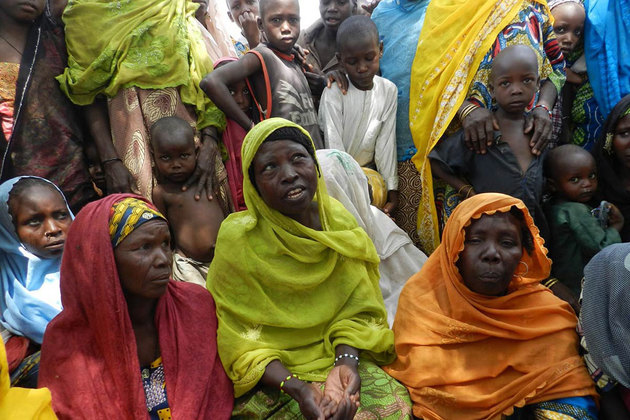 23 June 2016 -- The United Nations Food and Agriculture Organization (FAO) said today it is providing agricultural and livelihood assistance to affected host communities and displaced people in the Lake Chad Basin as a result of massive population displacements and insecurity that are putting livelihoods and food security at high risk.

In a press release, FAO said that as of June, 4.6 million people are severely food insecure in the Lake Chad Basin, of which 65 per cent are located in northeast Nigeria, especially in Borno and Yobe states.

"After three consecutive lost agriculture seasons, farmers from both host communities and displaced people are resuming agriculture activities. People are preparing their land and host communities have even allocated land to the internally displaced to farm this year," said Rosanne Marchesich, Response Team Leader and Senior Strategic Advisor of FAO"s Strategic Programme Management Team on Resilience, upon her return from an FAO field mission in Borno and Yobe states.

In northeast Nigeria alone, the impact of the conflict on agriculture is estimated at $3.7 billion due to livestock losses and reduced agricultural production, destruction of irrigation and farming facilities, and collapse of extension services including veterinary health facilities, FAO said.

Specifically, FAO is providing critical agricultural and livelihood assistance to 92,000 people in the Lake Chad Basin, and will reach an additional 123,200 people in the coming months with essential crops for the ongoing and upcoming agricultural seasons. Many of the farmers who will receive seeds didn"t plant in the past two years due to insecurity and the lack of agricultural inputs.

In addition, FAO is increasing its field presence by setting up a field office in Maiduguri, northeast Nigeria, to ensure adequate monitoring of interventions. Enhanced efforts are being made to better assess the current needs and develop coordinated interventions, together with national authorities and other partners.

"In the affected areas, civilians bear the burden of insecurity. Displaced people lost their assets and most of them rely on the limited resources of host communities, who themselves have suffered from the disruption of agricultural activities and of transhumance flows over the past few years," FAO noted. "Staple food prices have also increased, with rises up to 50 to 100 percent reported in some areas of Borno State."

FAO stressed that more funds are needed to address food security and livelihood needs on a larger scale. To this end, FAO is preparing a sub-regional strategy to mobilize more resources and provide increased support to vulnerable communities in the affected areas of Cameroon, Chad, Niger and Nigeria.

"FAO and its partners must keep the momentum and build on recent interventions to expand livelihood assistance," said Patrick David, Deputy Head of the Sub-Regional Resilience Team for West Africa/Sahel.

FAO also said it is seeking to mobilize $15 million to reach an additional 63,000 families " or about 504,000 people " by the end of the year with a wide range of agriculture-based activities aimed to quickly generate food production and income, as well as protect livelihoods.