After a year-long delay, London gets a 24-hour weekend Night Tube service 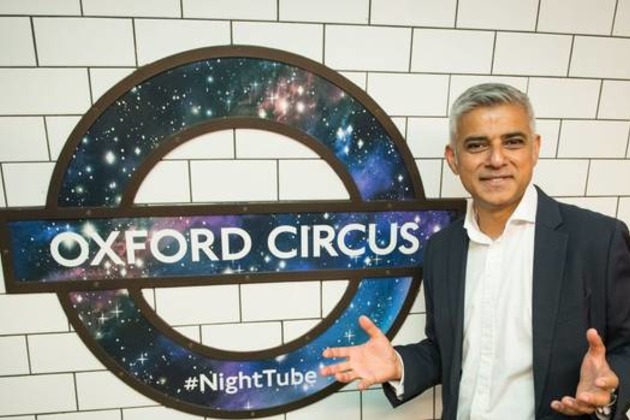 LONDON, U.K. – After a year-long delay, London's Night Tube was finally open to the public on Friday. The service is up and running but is limited to the Central and Victoria lines on Friday and Saturday night.

London Mayor Sadiq Khan was the first person to board the train.

"It's fantastic news. It'll benefit our economy so much. Industry experts think it will support thousands of jobs and bring millions into our economy," he said.

Excited Londoners, tourists, and the media reporters gathered at the station to board the first Night Tube. BBC reported that while early on there were plenty of people using the service, the number of passengers reduced later in the night with tube carriages running empty by 3:00 BST.

With more than 700,000 night workers in the city, ranging from nurses, doctors, security guards to bar staff, Transport for London estimated that about 200,000 people would use the service every weekend.

"This is about offering access to people who work in London throughout the night as well as those who enjoy the entertainment of London as well," said Steve Griffiths, chief operating officer for the Night Tube. "So we are serving many different people with many different requirements, and this is fantastic for London, and now we are part of the 24/7 operation."

Washington and Berlin have subways that operate throughout the night on the weekends while New York and Copenhagen have metros running 24/7.

Safety concerns were raised when an internal assessment by Transport for London indicating that sexual offences and other crimes were likely to increase was leaked, leading to a delay in inaugurating the service. There was also a dispute over staff conditions and pay. The Night Tube was previously scheduled to start in September.

A 100 more British transport police officers will be on duty at the 144 stations to remain open all night.

Superintendent Chris Horton, who is responsible for policing the Underground, was quoted as saying that passengers would stay as safe in the night as they are in the day.

Businesses are welcoming the start of the service with a view that more trading hours will help the economy post-Brexit.

In a statement, business group London First, said, "At a time of economic uncertainty - particularly following the Brexit vote - this is a welcome boost to London's economy."

By the end of 2016, the service will extend to include the Northern, Piccadilly and Jubilee lines.

WASHINGTON, DC - Thirty-four U.S. service members have been diagnosed with concussion and traumatic brain injuries as a result of ...

BEIJING, China - The death toll and infected rate from the Wuhan coronavirus in China has increased dramatically, while the ...

LINGAYEN, Pangasinan, Jan. 24 (PIA) - As China is grappling to contain an outbreak of coronavirus, in the Philippipines, the ...

BEIJING, China - The death toll and infected rate from the Wuhan coronavirus in China has increased dramatically, while the ...

Heads of state and government from dozens of countries arrived in Jerusalem to mark the 75th anniversary of the liberation ...

The Hunt for Red October