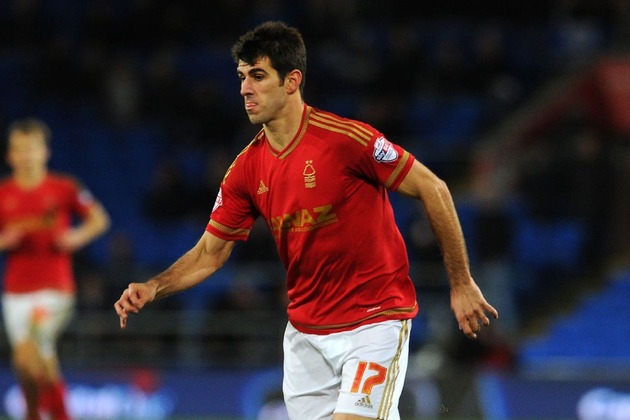 Norwich City have completed the signing of Portugal forward Nelson Oliveira from Benfica for an undisclosed fee.

Oliveira, who has signed a four-year contract, came through the youth ranks at Benfica but has spent the bulk of his career out on loan.

The 25-year-old had an encouraging spell in the Championship last season with Nottingham Forest, scoring nine goals in 28 games before suffering a groin injury that ruled him out of Euro 2016, and has also spent time with Swansea, Rennes and Deportivo La Coruna.

Norwich, seeking to return to the Premier League after their relegation last season, had been in the market for a new forward and Canaries boss Alex Neil told the club's official website: "It's a great signing for us because he's a very good player technically.

"He'll be a creator of goals as well as a scorer of them. Having been at Benfica, there's no questioning his quality and he's played with some top players. Nelson now needs to go somewhere and establish himself and this is the perfect place for him to do that."

"It's a substantial deal for a quality striker who will significantly strengthen our attacking options as we strive towards a successful season -- but in an environment where vastly inflated transfer fees and other costs are being quoted and paid for players, especially strikers, we also believe this is a shrewd and sensible transfer for our club at this time."

Oliveira said he had spoken to Norwich's Portuguese defender Ivo Pinto before making the switch.

Oliveira added: "I am very happy and feel very excited about scoring in our great stadium. I spoke to Ivo and he told me great things about the yellow fans. He's a nice guy who I know from Portugal under-19s and under-21s so that makes it easier for me.

"It's a good opportunity to show my ability at a great club that trusts in me. I can promise that I will work hard and do my best to help the team."

Keep up with the latest football updates by following ESPN FC on Twitter.