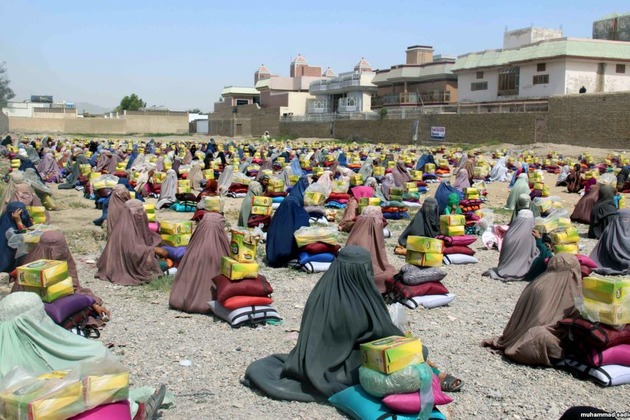 WFP Executive Director Ertharin Cousin issued the warning Friday at the conclusion of her four-day maiden visit to the war-ravaged country, the first by a WFP chief in 13 years, to "implore" the donor community to continue their support despite the squeeze on funding because of new global crises.

"This not the time for the international community to turn away from the needs of the people of Afghanistan," she told reporters in Kabul.

While WFP has already reached almost two million of the most vulnerable Afghans with food and cash assistance, Cousin said, the organization needs $50 million in donor funding to reach another 1.6 million people through the end of this year.

She noted that the 3.6 million Afghans who the WFP is trying to help do not include thousands of refugee families who have returned or are in the process of returning home from neighboring Pakistan this year.

"Many of them come across with nothing, without the ability to meet the food-assistance needs of their families," said the WFP head, adding that her organization is working with other partners to meet the needs of returnees.

Cousin admitted that increased instability and conflict in some Afghan areas has forced WFP to suspend program operations periodically throughout the year.

"The answer to terrorism and conflict is hope and opportunity provided by sustainable, durable economic opportunity and prosperity where every parent can access the food that they required to feed their children," she said.

Afghanistan's northern provinces are traditionally inaccessible for aid deliveries during winter months, and the spread of fighting to those areas in recent months has added to the challenges facing aid groups.