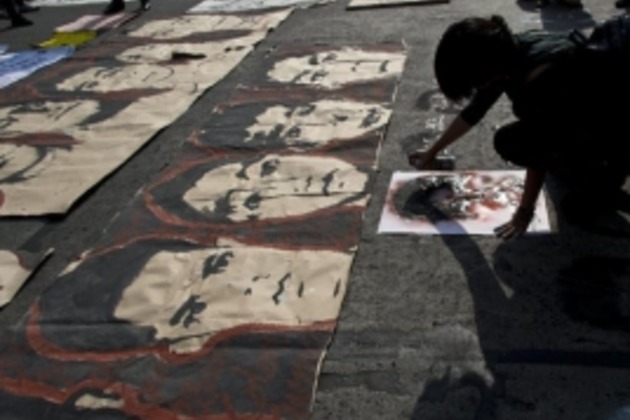 PanARMENIAN.Net - Mexico has widened its investigation into the abduction and apparent massacre of 43 trainee teachers in the southwestern city of Iguala in 2014 to examine the role of federal and state police, a federal prosecutor said, according to Reuters.

During the first year of the investigation, authorities focused on the municipal police in Iguala and the nearby town of Cocula, who federal prosecutors said were in cahoots with a drug gang suspected of killing the students.

Alfredo Higuera, the special federal prosecutor assigned to the case, said in an interview that the probe had now gathered about 100 additional declarations in recent weeks from 19 federal police and 39 from the state of Guerrero.

"Individuals from all forces have made declarations, obviously including people at the federal level," said Higuera, who took office a month after a group of international experts appointed by the Inter-American Commission on Human Rights (CIDH) cited deep flaws in the government's investigation.

The government's account stated that the 43 were abducted by corrupt police and handed over to suspected members of local drug cartel Guerreros Unidos, who then killed them, incinerated the bodies and threw their ashes into a river.

The government said it believed the gang had targeted the students in the belief they were linked to a rival outfit.

The remains of only one of the missing youths have been definitively identified so far, and the CIDH report on the disappearances picked serious holes in the government findings.

Higuera said important new information had been gleaned from the analysis of hundreds of calls made by police and officials on the night of the disappearances, as well as from suspects in custody and students who disappeared.

"This is an investigation that goes beyond any situation, both because of the number of victims and the number of people who took part in it," Higuera said.

The probe is now putting greater stress on determining whether students could have been brought to a variety of places after they were abducted, rather than a single location.