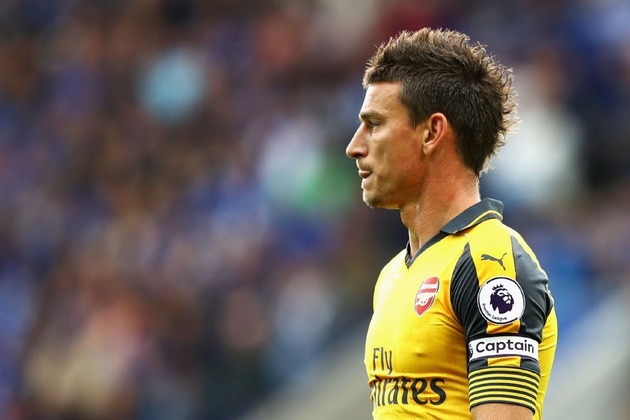 Arsenal defender Laurent Koscielny is at "the summit of his career" for both club and country, according to former France forward Christophe Dugarry.

Koscielny made a well-timed sliding challenge on Alvaro Negredo in the closing minutes of Saturday's 0-0 draw with Middlesbrough to ensure the Gunners registered only a disappointing draw rather than a humbling home defeat.

The 31-year-old has even captained the side in the absence of regular defensive partner Per Mertesacker, and 1998 World Cup winner Dugarry believes his compatriot is at the top of his game.

"He's at the summit of his career, whether it be with France or Arsenal," Dugarry told SFR Sport. "He's the real boss, the leader of this team. He likes to defend, he's aggressive. He's always dangerous from set-pieces."

Koscielny missed Arsenal's 4-3 defeat to Liverpool on the opening day of the current campaign as he was given extra time to rest following France's run to the final of Euro 2016, but has started every Premier League and Champions League match since.