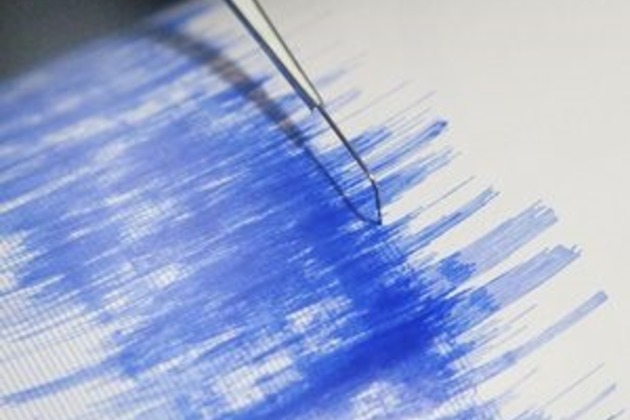 There were scattered reports of damage to buildings, including with pieces of masonry crumbling down, but no immediate reports of victims, said Ornella De Luca, a spokesperson for Italy's civil protection agency.

"We're without power, waiting for emergency crews," said the mayor of Castel Santangelo Sul Nera, a tiny town just north of some of the hard-hit areas of the August 24 quake. Speaking to Sky TG24, he said: "We can't see anything. It's tough. Really tough."

He said some buildings had collapsed, but that there were no immediate reports of injuries. He added that darkness and a downpour were impeding a full accounting.

Italy's National Vulcanology Center said the quake struck at 19:10 (17:10 GMT) with an epicentre at Macerata, near Perugia in the quake-prone Apennine Mountain chain. The US Geological Survey put the epicentre near Visso and said it had a depth of about 10km.

Experts say even relatively modest quakes that have shallow depths can cause significant damage because the seismic waves are closer to the surface. But seismologist Gianluca Valensise said a 10km depth is within the norm for an Apennine tremor.

The August 24 quake destroyed the hilltop village of Amatrice and other nearby towns and had a depth of about 10km.

"There's a lot of fear, but it would seem, fortunately, from the first reports no problems for people," said the deputy mayor of Norcia, Pietro Luigi Altavilla.

Wednesday's quake was felt from Perugia in Umbria to the capital Rome to the central Italian town of L'Aquila, which was struck by a deadly quake in 2009. The mayor of L'Aquila, however, said there was no immediate report of damage.

A section of a major state highway north of Rome, the Salaria, was closed near Arquata del Tronto because of a quake-induced landslide, said De Luca.

The mayor of Arquata del Tronco, Aleandro Petrucci, said the quake seemed stronger than the August tremor, which devastated parts of his town. But he said there were no reports of injuries to date and that the zone hardest hit by the last quake remained uninhabitable.

"We don't worry because there is no one in the red zone, if something fell, walls fell," he said.

In Rome, about 230km southwest from the epicentre, centuries-old palazzi shook and officials at the Foreign Ministry evacuated the building.

The quake was actually an aftershock of the magnitude 6.2 earthquake from two months ago. Because it was so close to the surface, it has the potential to cause more shaking and more damage, "coupled with infrastructure that's vulnerable to shaking", said US Geological Survey seismologist Paul Earle.

"They have a lot of old buildings that weren't constructed at a time with modern seismic codes," he said.

Given the size, depth and location of the quake, the USGS estimates that about 12 million people likely felt at least weak shaking.

This quake is about 20km northwest of the original shock, which puts it on the northern edge of the aftershock sequence and two months is normal for aftershocks, Earle said. The August 6.2 quake was five times bigger than Wednesday's and was 11 times stronger based on energy released.

Seismologists initially thought this aftershock was magnitude 5.4, but the USGS upgraded it to 5.5 when they checked its waves and that estimate may still change, Earle said.