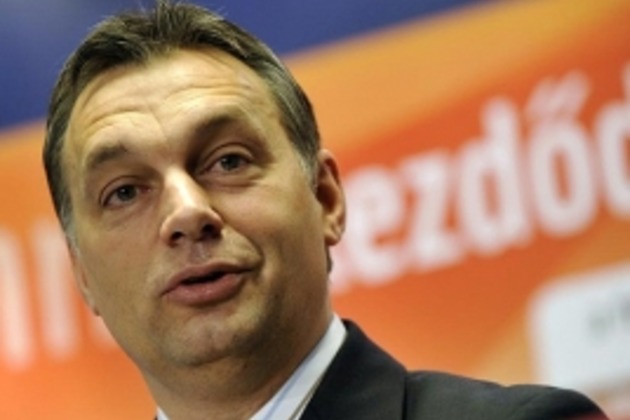 While all 131 MPs of Orban's ruling right-wing coalition voted in favour, the bill failed to pick up an extra two votes to reach a required two-thirds majority in Hungary's parliament.

Jobbik has been a natural ally to Orban in the populist right-winger's bid to stop Hungary taking in any of the hundreds of thousands of migrants who arrived in Europe in 2015.

But Jobbik is currently vying with the Socialists as the second most popular party in the country, and laid a surprise ambush for Orban earlier this month.

Spotting a rare opportunity for leverage, Jobbik's leader Gabor Vona had announced after a recent one-on-one meeting with Orban it would vote for the bill.

But this was on the condition that the government scraps a controversial cash-for-residency bond scheme for wealthy foreigners, particularly from Russia, China and the Middle East.

After the vote Tuesday, Jobbik lawmakers held up a banner reading: "The traitor is he who lets in terrorists for money." It included a logo of Orban's Fidesz party in an Arabic-style font.

Jobbik have long called the residency bonds, generally sold via offshore companies, a "dirty business" and a national security risk that could be exploited even by Islamic State jihadists.

"Neither poor nor rich migrants should be allowed to settle in Hungary," Vona said.

Unused to not getting his own way since winning a supermajority in 2010 and reelection in 2014, Orban was caught offguard by the ultimatum and initially said he would "consider" Vona's gambit.

But Orban later told parliament that the government "would not give in to blackmail" and urged Jobbik not to connect the bond scheme with the change to the constitution which he called "an affair of national importance".