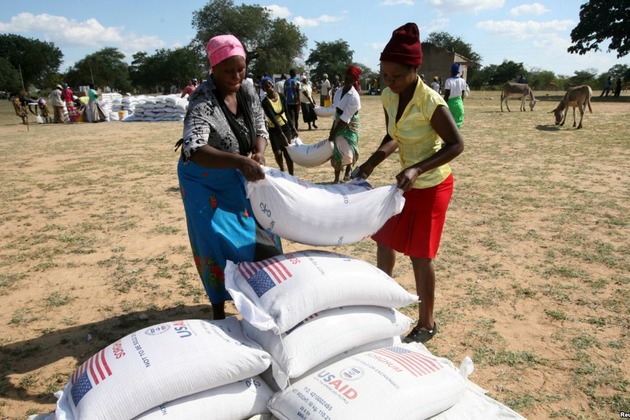 Natural disasters push 26 million people into poverty and cost the world about $520 billion every year - which is about 60 percent lower than is usually reported, according to a new World Bank study.

The report says the numbers are expected to increase in coming decades as climate change intensifies the power of droughts, cyclones, flooding and hurricanes.

The 190-page report, entitled 'Unbreakable: Building the Resilience of the Poor in the Face of Natural Disasters,' also proposes new measures that countries can enact to better protect the poor from natural catastrophes.

'Poor people need social and financial protection from disasters that cannot be avoided," said Stephane Hallegatte, the report's lead author. "With risk policies in place that we know to be effective, we have the opportunity to prevent millions of people from falling into poverty.'

Included is a 'resilience policy' package for 117 nations comprised of early warning systems, improved access to personal banking, insurance policies, and social protection systems such as cash transfers and social programs to help people recover from the trauma caused by natural developments.

Rural farmers in places like Ethiopia, a country hit by severe drought, were protected by a productive Safety Net Program and suffered 25 percent fewer losses.

Insurance policies are helping farmers increase their investments in assets and boost their productivity in Mexico's CADENA program, along with the World Food Program's R4 Rural Resilience Initiative.

But whenever disaster strikes, a trail of devastation comes with it, which U.N. officials say puts one of the basic human rights at risk: food.

World Food Program Director Ertharin Cousin told VOA that in 2016, more than 90 percent of the natural disasters were climate-related, adding that humanitarian agencies and nations have a responsibility to move beyond disaster relief.

'The planet's most vulnerable people are demanding and depending on us to get this right," Cousin said. "Our shared commitment to achieving zero hunger depends on us getting this right. Climate change is already stretching the humanitarian system financially and operationally.'

Cousin says without 'concerned action,' hard-won development gains will be reversed and 'millions more will know the misery of hunger.'

'Climate change, food security and economic development are not separate challenges, [but] different facets of the same challenge,' she added.

The new study further 'breaks down' the link between natural disaster and the urgency for climate-smart policies that promotes a stronger social safety net to protect the most vulnerable.

''Unbreakable' is a road map to help countries better adapt to climate change, and boost the resilience and prosperity of their most vulnerable citizens,' the report said.