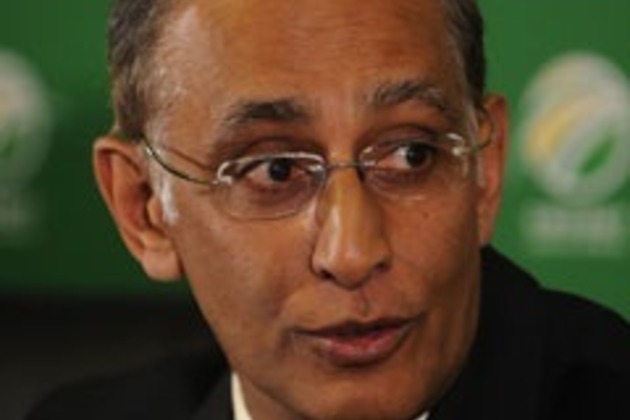 Cape Town - The Cricket South Africa (CSA) heavyweights spent the last two days trying to digest the shocking news that two of their major assets - Kyle Abbott and Rilee Rossouw - are on their way to Hampshire on Kolpak deals that will effectively end their international careers.

There could be a Proteas future for the 27-year-old Rossouw, who has signed a three-year deal abroad, but it is surely curtains for Abbott on the international stage.

That is neither here nor there at this stage, though, and the immediate challenge for CSA is to ensure that this does not become a regular occurrence.

It will take many more meetings to come up with a definitive plan, but the prospect of losing a young star or two in the current set-up is surely enough to spark them into urgent action.

The challenge, of course, is finding ways to combat the lure of the Pound

Speaking in the aftermath of the bombshell that effectively made South Africa's 282-run win over Sri Lanka in the second Test at Newlands a sideshow, Proteas coach Russell Domingo and CSA president Haroon Lorgat did offer some indications of what discussions need to take place.

Contracting is key, and Domingo spoke openly about the need to review the way CSA contracts are handled.

As it stands, no CSA player contract runs for longer than two years at a time.

"We had long discussions last night and we've got some young players like Quinton de Kock and Kagiso Rabada who we would like to contract for 10 years or five years," Domingo said.

"That's what the board has got to decide. Do we offer these guys two years or with young players like that do we say four or three years? Those are things that definitely need to be considered going forward."

Domingo added that players needed to think about more than just themselves when taking such decisions.

"I've been picking guys and they've known that they're done, which sets me back and the team back massively," said Domingo.

"Those are the types of things that players also need to be aware of amp;hellip; that sometimes it's not all about them. They've got to be open and honest and let us know a little bit earlier."

Lorgat pointed to placing a limit on the number of Kolpak players currently playing South African domestic cricket as one urgent step that can be taken.

"We've got to find ways of keeping the talent within South Africa," Lorgat said.

"If we begin to regulate and begin to incentivise locals who have a dream of playing for the Proteas, then that's where we want to focus.

"We cannot have places that are being used up by professionals that will not avail themselves to the Proteas. We need to keep those spots open for South Africans who want to play for the Proteas.

"The sooner we move on from those two (Abbott and Rossouw) amp;hellip; the better for us. We need to start focusing on new talent."

Lorgat also pointed to South Africa's new domestic T20 competition, expected to be unveiled next season, as a way of enticing players to stay in the country.

That competition, which is also expected to be extended to eight franchises, is hoping to attract major investment as South Africa seeks to find its answer to the IPL, Australian Big Bash and Caribbean Premier League.

"There are some lessons that we can take away from this particular experience. We look to our contracts to see what we can do to tighten up process, to prevent this from happening or to manage it better," Lorgat added.

"It's pride, it's career conversations, it's the investment that we make in them holistically amp;hellip; it's not only money. Right now we have some world class stars who are not here because we pay them substantial Rands."