Why there was no Women's March in Russia 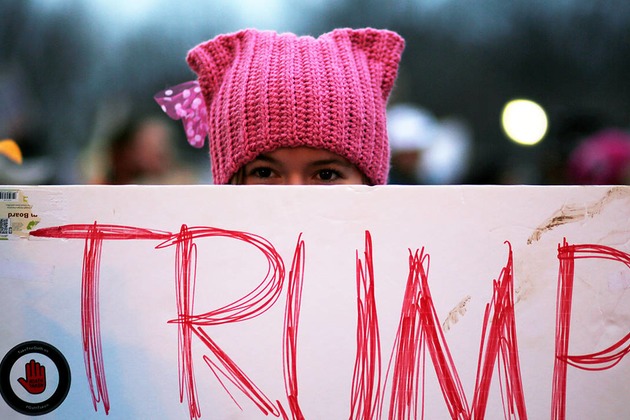 Women's March protests have been held in many countries following the inauguration of Donald Trump as the new U.S. president. To many, Trump is a symbol of sexism and xenophobia. A similar event had been planned for Russia, but it never happened.

The world responded in its own way to the inauguration of Donald Trump, the 45th U.S. president. The symbol of the global protest action, held simultaneously in 673 cities around the globe, became the pink woolen pussy-hat. The protesters promised to speak out "loudly and proudly", "everywhere and anywhere for years to come".

Thousands joined the demonstrations in support of women's rights and against sexism and xenophobia under the collective name Women's March in the U.S., Canada, Australia, Germany, France, Kenya, the Czech Republic, and many other countries. Organizers stressed that they were marching in support of equal rights for all genders and all social strata, rather than against Trump. The billionaire president was merely an antagonist symbol for them, owing to repeated insulting statements he made toward women during the course of his campaign.

It all started on January 21 with a rally in Washington, whose key speakers included actress Scarlett Johansson and singer Madonna. Other cities and countries joined the pussy-hat protest, which was organized by feminist and rights movements.

In Russia, a Women's March had been planned for January 22. The timing, however, was confusing: Two o'clock in the morning on the banks of the Moscow River, as the announcement read. So Russian women simply didn't show up.

Organizer, Loretta Marie, told RBTH: "I had the idea to set up a women's march in solidarity with women around the world. I knew this would be tricky in Moscow - I'm from Singapore and lived in Beijing, so I'm very aware of the restrictions on democratic demonstrations in certain countries [in fact, there are no restriction on protest actions in Russia, but you need to get the authorities' agreement beforehand - RBTH]."

Marie attempted to connect with people via social networks. She was not expecting a crowd: "At most one of two people who might join". The protest was not even to be held in the form of a march, but rather as a short walk across the city in solidarity, Marie explained.

She advertised it on her website: "I had originally listed it as 10 am, I'm not sure how the time got changed. In the end, the women who had approached me decided not to join the march, so it remained a march of one, just me. I just went to walk along Vorobyovy Gory and then I took some photos."

On social networks, the question of why there were no protest actions in Russia has come up. Replies tend to be very emotional, for various reasons.

"The [Women's March] aesthetics is totally foreign to me, I am a man of different values!" Internet user Sergey Marchenko wrote on Facebook. The pussy-hat concept proved too bold a visualization for Russian society, some suggested. Others argued that during the 2011-12 protests in Moscow, some of the demonstrators were wearing all sorts of costumes, from an egg to a condom, so the visualization allegations were a little off target.

Nevertheless, Russian opposition figures ignored the international Women's Marches. The only reaction came from Alexey Navalny, who tweeted: "A march of 500,000 thousand but not a single cop. In Moscow, any major rally effectively results in the introduction of martial law."

Russian feminist activist Maria Arbatova told RBTH it was not really about pussy-hats: "Our historical realities are different. In the U.S., the feminist movement has in the past worked with gay rights movements and those of colored migrants in the 1960s. In Russia, all these issues are considered separately. This is why there is no grassroots movement for these rights in Russia. No parallels at all can be drawn here. Besides, there is no consolidated women's movement in Russia."

Arbatova added that the Russian opposition had never been concerned with either women's rights or gay rights.

Many of those who paid attention to the international protest action apparently wondered who had sponsored it. Internet user Mikhail Kalashnikov wrote: "There have been rumors on the Internet that many small outlets catering to women, such as beauty parlors and yoga studios, were offering their patrons $35 and a free bus ride to the location for taking part."

The most frequent questions from Russian Internet users were along the lines of: "What has Trump done to women, particularly outside America?" or: "Why all these marches after the election, when nothing can be changed anyway?"