Why doesn't Russia return the 'Northern Territories' to Japan? 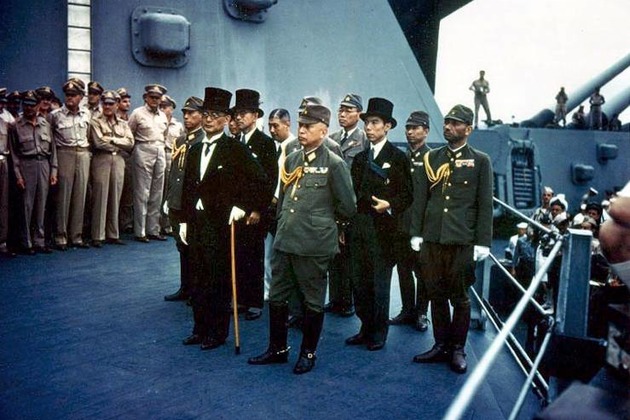 Russia does not use the word 'return'

According to Valery Kistanov, head of the Center for Japanese Studies at the Institute of Far Eastern Studies, "Russia's sovereignty over these islands is enshrined in international documents and is not questioned."

He adds, "Japan got Southern Sakhalin as a war trophy at the end of the Russo-Japanese war of 1904-05. The Southern Kuril Islands can be considered a war trophy of Russia."

Nikolay Murashkin, a doctoral candidate at the University of Cambridge, shares these sentiments. "Russia's official position is that the islands became Russian territory as a result of the Second World War which was lost by Japan, therefore any obligation of 'return' is not implied," he says.

"'Return' is a word used by the Japanese side. Legally speaking, the only document agreed and ratified after the Second World War by both Japanese and Russian authorities is the 1956 joint declaration, which only mentions Moscow's agreement to 'transfer,' or 'hand over', i.e. not 'return' two islands after the peace treaty was signed," Murashkin says.

According to Kistanov, the peace treaty negotiations would continue, but now "there is no reason for the transfer of the islands."

Fyodor Lukyanov, Chairman of the Presidium of the Council on Foreign and Defense Policy, says, "Any territorial issue is solved only through very difficult negotiations, trade interests and deals, in which each side wins something, but with compromises."

How a Russian revolutionary foresaw the rise of Japan

He adds, "In international relations no one ever transfers territories for no reason. If a deal is reached without solid bargaining and deep study, then a feeling of injustice may be back."

Kistanov takes an example of judo terminology used by the Russian President.

"Vladimir Putin says a solution must be sought, where there are no winners or losers. For this he used the term hikiwake from judo," Kistanov says. Hikiwake can be translated from Japanese as a drawn or tied match in judo.

"The final decision must be based on the 1956 declaration. Putin acknowledged its effectiveness in 2001 during his meeting with then Japanese Prime Minister Yoshiro Mori," Kistanov adds.

The southern part of Sakhalin and the Kuril Islands, including the islands of the Southern Kuril ridge, which Japan calls the 'Northern Territories' - Iturup, Kunashir, Shikotan and the Habomai islets - became part of the Soviet Union as a result of the Second World War.

In April 1941 Moscow and Tokyo signed the Soviet-Japanese Neutrality Pact (full text) for a period of 5 years. The Soviet Union renounced it in April 1945, 4 months before entering the war against Japan on Aug. 8, 1945.

Why Russia will not return the Southern Kurils to Japan

The Soviet government justified its actions by saying the pact had lost its relevance. It made the following statement to explain the Soviet position: "Germany attacked the Soviet Union, and Germany's ally, Japan helps it in the war against the Soviet Union. In addition, Japan is at war with the United States and Britain, which are allies of the Soviet Union."

The Soviet entry into the Asian theater was decided during the Yalta Conference in February 1945. The U.S. and Britain agreed that the USSR would enter the war against Japan two or three months after Germany's capitulation on condition of recovering "the former rights of Russia violated by the treacherous attack of Japan in 1904." That meant the return of the southern part of Sakhalin Island and all adjacent islands, including the Kuril Islands.

Japan surrendered on Sept. 2, 1945, however, it is yet to sign a peace treaty with the Soviet Union. The parties held negotiations that ended with the signing of a joint declaration (full text) on Oct. 19, 1956, in Moscow.

Article 9 of the declaration says, "The Union of Soviet Socialist Republics, desiring to meet the wishes of Japan and taking into consideration the interests of Japan, agrees to hand over to Japan the Habomai Islands and the island of Shikotan. However, the actual handing over the these islands to Japan shall take place after the conclusion of a peace treaty between Japan and the Union of Soviet Socialist Republics."

Japan ratified the document (the exchange of instruments of ratification took place on Dec. 12, 1956, in Tokyo), but later abandoned its execution, demanding to "return" of all the Southern Kuril Islands before the signing of a peace treaty.