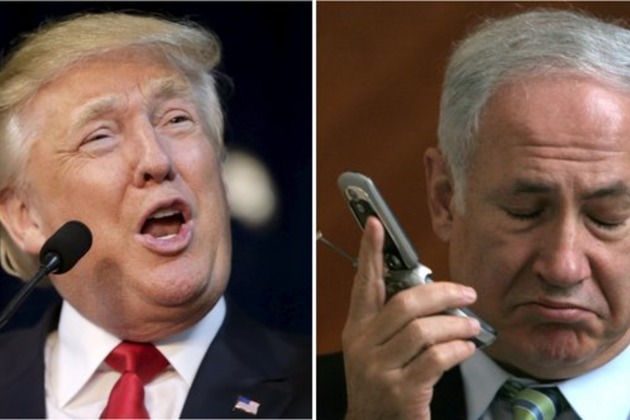 WASHINGTON, U.S. - The Trump administration on Thursday expressed its disapproval with the recent burst of settlement activity by Israel, which it believed could undermine the peace process with the Palestinians.

"While we don't believe the existence of settlements is an impediment to peace, the construction of new settlements or the expansion of existing settlements beyond their current borders may not be helpful in achieving that goal," the White House said in a statement.

"The Trump administration has not taken an official position on settlement activity and looks forward to continuing discussions, including with Prime Minister Netanyahu when he visits with President Trump later this month," it added.

Adopting a more nuanced tone than its previous pro-Israel announcements just two weeks before Israeli Prime Minister Benjamin Netanyahu is due to visit U.S. President Donald Trump, the statement said the construction of new settlements could result in a setback to the peace process.

"As President Trump has made clear, he is very interested in reaching a deal that would end the Israeli-Palestinian conflict and is currently exploring the best means of making progress toward that goal," an official told the Jerusalem Post.

"With that in mind, we urge all parties from taking unilateral actions that could undermine our ability to make progress, including settlement announcements," the official added.

"The administration needs to have the chance to fully consult with all parties on the way forward."

Commenting on the White House statement, Dennis Ross, a senior Middle East diplomat, told the Post, "I think it's designed to chill some of the exuberance of those on the Israeli Right who think they have a blank check."

"I think that exuberance got their attention. I just don't think they want any announcements that will surprise them, and they're still in the process of formulating what their policy is going to be. It sounds like they want to convey a pretty blunt message," Ross added.

Since Donald Trump assumed office on January 20, Israel has made three declarations on constructing new settlement homes in the occupied West Bank, a move condemned by the European Union and Palestine.

Netanyahu also announced plans to establish a new settlement in the West Bank, the first in over two decades "as soon as possible," replacing the illegal Amona settlement which was demolished recently following a Supreme Court order that said the outpost was illegally built on Palestinian land.

Expressing "great pain" and the evacuation of Amoha, Netanyahu remarked, "We all understand the depth of the pain and therefore we will establish a new settlement on state land. Already yesterday I formed a team that will determine the settlement location and get everything ready. And we will act so that it happens as soon as possible."