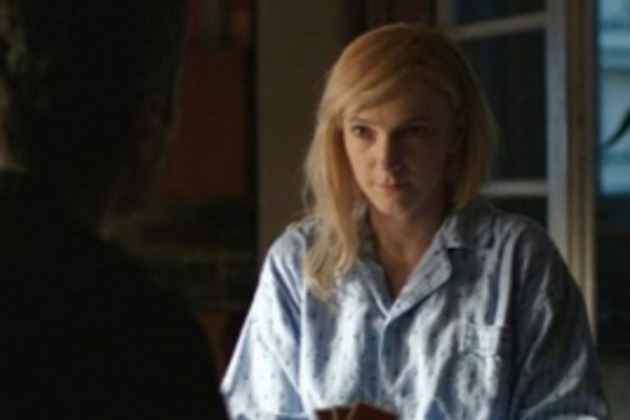 PanARMENIAN.Net - In 1989, Hungarian director-writer Ildiko Enyedi delighted international festival audiences with her unique debut feature, "My Twentieth Century," which went on to nab the Camera D'or at Cannes. The film's theme of duality, its play with the possibility of the miraculous, a tone both exhilarating and disturbing and its phantasmagoric editing, have played a part in her subsequent features such as "Magic Hunter" (1994) and "Simon the Magician" (1999). These metaphysical signature elements play out in vastly different ways in her Berlinale competition contender, "On Body and Soul", film critic Alissa Simon said in an article published by Variety.

"On Body and Soul" is based on the duality of sleeping and waking, mind and matter. It poses the question: What would happen if you met someone who every night dreamed the same dream as you and has been meeting you in that same dream world for years

The odd twosome with the similar recurring dreams are Endre (Geza Morcsanyi), the director of an industrial slaughterhouse, and the much younger Maria (Alexandra Borbeacute;ly), the new quality inspector sent by the authorities.

The slaughterhouse in the film is not some archaic, blood-soaked abattoir. It is a neat, well-organized, modern workplace sticking assiduously to all regulations. It is a mirror of our Western society, which sanitizes blood and death, keeping them at a remove. One might think it would be difficult to find an actual slaughterhouse for a one-week shoot, but Enyedi discovered a most unusual one and persuaded its owner to let them film. "The owner is a self-made-man, he started as a butcher then progressed, he designed the building himself," she says. "He also takes care personally of the hiring of any worker. Our whole crew was touched by the natural, instinctive respect and tenderness with which these workers treated these animals."

Eyedi's superior powers of persuasion also garnered the participation of publisher and top dramaturge Geza Morcsanyi, the non-pro playing Endre with such strength and vulnerability. "He had a defining role in shaping literary life in Hungary. He acted with vast knowledge, taste, tact, authority and wise care of his authors' whole careers," Enyedi says.

But perhaps Enyedi's most important discovery for the film is the woman playing opposite Morcsanyi: theater actress Alexandra Borbeacute;ly. The intensity of her performance is a revelation. Enyedi says, "During my career I was lucky enough to work with amazing actors, but watching Alexandra work was something I never experienced. As soon as she found this Maria in her, Alexandra was unable to make any mistakes. Her performance fills simple scenes with tension, sensuality, eroticism and humor at the same time."

Enyedi has been busy in recent years directing the Hungarian remake of "In Treatment" for HBO Europe and teaching. She has numerous projects in development, including "The Story of My Wife," a Hungarian novel by Milan Fust, which offers a sweeping, passionate love story set in the 1920s. "I very much want to continue the development of a German project I stopped because of the work with "On Body and Soul," Enyedi says. " It is based on the original idea of Karl Baumgartner, Baumi, that unique, flamboyant, bold producer we all miss so deeply. The title is 'A Silent Friend' and the protagonist of it is a tree."