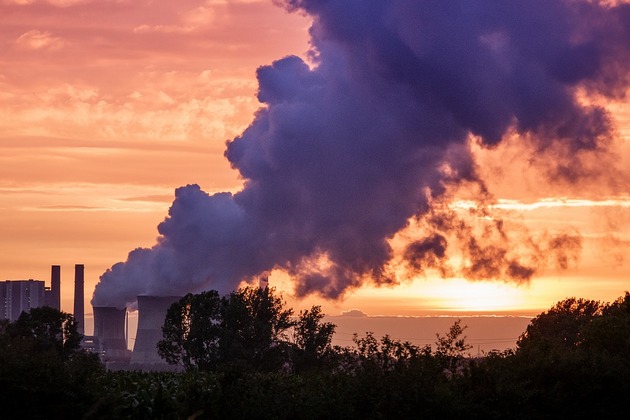 LONDON, 13 February, 2017 - A new report on the coal sector in the European Union (EU) says there is no hope of greenhouse gas emission reduction targets being met unless at least a quarter of the coal-fired power plants now operating in the region are phased out within the next three years,.

Scientists say that the burning of coal is the primary cause of global warming, and also of severe air pollution, leading to health and other problems.

The report by the Climate Analytics research group says that, by 2030, virtually all of the EU's more than 300 coal power plants need to be phased out and plans for new coal-fired facilities abandoned.

Climate Analytics says that while the EU reduced the use of coal in its power plants by 11% between 2000 and 2014, this is not nearly fast enough.

"While the role of coal has been decreasing in the EU electricity mix, a much faster coal phase-out is necessary to remain within the Paris Agreement-compatible emissions budget for coal in the electricity sector," the report says.

"Should existing coal-fired power plants continue their operation as planned, this CO2 emissions budget will be exceeded by 85% by 2050."

The report says there are significant differences between EU member states on coal use. Two states - Germany and Poland - have 51% of the EU's total coal-fired energy capacity and account for 54% of coal power plant emissions.

Climate Analytics says that "a fast coal phase-out strategy in the EU represents not only a necessity but also an opportunity when considering other policy goals beyond climate change.

"There are numerous alternatives to coal, and their development is gaining momentum, many bringing benefits beyond emissions reductions, such as cleaner air, energy security and distribution."

Coal consumption worldwide has been static or declining in recent years, with its use falling by 1.8% in 2015 - the biggest drop in more than half a century.

In China -the world's biggest producer and consumer of coal - consumption has been falling for the first time in decades. It dropped 1.4% in 2015, with a similar fall likely to be reported for last year.

The US, which has by far the world's biggest coal deposits, has radically cut back on coal consumption, with a drop of nearly 13% in 2015.

However, this takes place against a backdrop of surging coal use in previous years.

According to the International Energy Agency, global coal consumption grew by 70% in the 2000 to 2013 period, with coal fuelling more than 40% of the world's energy supply in 2013.

India and countries in south-east Asia are still busy building coal-fired power plants, while Japan has announced plans to massively increase its coal-fired energy capacity - in part to replace its nuclear power plants in the wake of the Fukushima disaster in 2011.

Meanwhile, under the new Trump administration, the US has now made promises to revive the country's coal industry by amending or doing away with regulations that would limit coal use in power plants. - Climate News Network