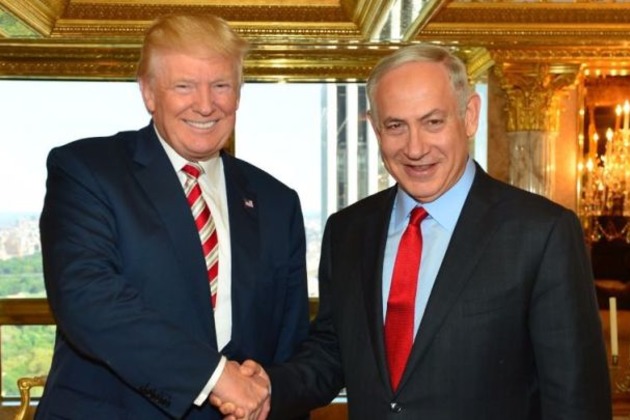 WASHINGTON, U.S. - In their first meeting since Donald Trump's inauguration, the U.S. president will host Israeli Prime Minister Benjamin Netanyahu at the White House on Wednesday.

On the agenda of the meeting, which promises to shape the contours of Middle East policy, will be several key issues such as the war in Syria, the Iran nuclear program and the Israeli-Palestinian conflict.

Further, the two leaders are expected to discuss Israel's settlement-building on occupied land and whether the "two-state" solution is feasible.

Netanyahu will be eyeing the meeting closely, especially in the wake of his volatile relationship with Trump's predecessor Barack Obama.

Dennis Ross, an Iran specialist and a Middle East coordinator under President Bill Clinton, said both parties had vested interest that the meeting was successful.

"It's going to succeed in no small part because both President Trump and Prime Minister Netanyahu have a very big stake in wanting to demonstrate that whatever the problems were with the last administration, they are now gone," Ross said in a briefing organized by The Israel Project, an advocacy group.

"And that in no small part they were attributable to the last administration, meaning to President Obama."

Both leaders have already signaled their mutual support and outlined similar views on the Israeli-Palestinian conflict.

"It's going to be an absolute love fest," said Hussein Ibish, a senior resident scholar at the Arab Gulf States Institute, speaking of the meeting.

"They both know the likelihood is that in the long run there will be tensions and an argument," he added.

"But for now, there are no major issues between them. It's going to be a honeymoon," he said, even as the U.S. president had sent out conflicting signals on Israel since assuming office.

Netanyahu has already met with U.S. Secretary of State Rex Tillerson and discussed regional threats including Iran, besides holding several other meetings with top officials of the Trump administration.

According to a senior White House official, the U.S. president will not insist on a two-state solution.

"A two-state solution that doesn't bring peace is not our goal that anybody wants to achieve," said the official who asked to remain anonymous. "Peace is the goal, whether it comes in the form of a two-state solution if that's what the parties want or something else."

"It's something the two sides have to agree to," continued the White House official. "It's not for us to impose that vision."