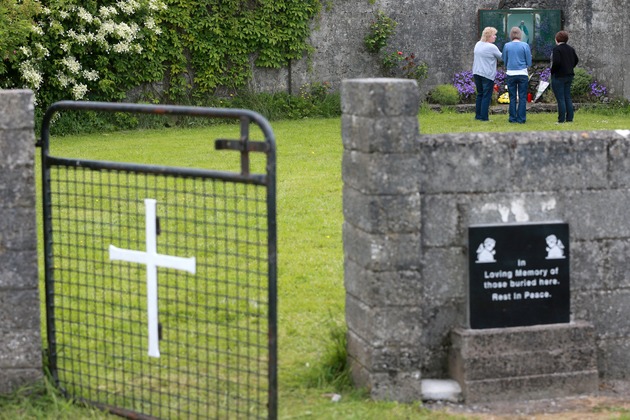 TUAM, Ireland - A mass grave of almost 800 babies has been unearthed in a Catholic home care compound in West Ireland, with the infants ranging from newborns to three-years-old.

The location of the mass grave was in the sewers of a former Church-run home managed by the Bon Secours Sisters, a religious order of Catholic nuns, from 1925 to 1961, which took in unmarried pregnant women to help them give birth in Ireland.

A commission of investigation established by the Irish government yesterday announced the horrific discovery, which was backed up local Tuam historian, Catherine Corless' claims.

The historian found death certificates of nearly 800 children who were residents of the facility.

The report stated, "significant quantities of human remains have been discovered in at least 17 of the 20 underground chambers which were examined."

Reports of the discovery of the "graveyard" led to shock and dismay from all quarters, with the Archbishop of Tuam Dr Michael Neary saying he was "horrified and saddened" upon hearing the news.

"I was greatly shocked, as we all were, to learn of the extent of the numbers of children buried in the graveyard at the mother and baby home in Tuam," Dr Neary said to the congregation for the first mass of Lent at the Tuam Cathedral.

"I was made aware of the magnitude of this situation by media reporting and historical research," he said, referring, without naming her, to the work of local historian Catherine Corless.

"I am horrified and saddened to hear, through the commission's interim statement of March 3rd 2017, that quite a large quantity of human remains were discovered on this site which, on analysis, matches the timescale of the Tuam mother and baby home," he said.

"This points to a time of great suffering and pain for the little ones and their mothers. Albeit not unexpected, I was very upset as I read the commission's findings made public on Friday," he continued.

"I can only begin to imagine the huge emotional wrench which the mothers suffered in giving up their babies for adoption or by witnessing their death," Dr Neary added.

He said, "It continues to be a priority for me, in cooperation with the families of the deceased, to seek to obtain a dignified re-interment of the remains of the children in consecrated ground in Tuam."

According to campaigners, it may take years to identify the remains of the hundreds of babies.

They also want answers on why the death rate in Tuam was not questioned.

Meanwhile, the religious order that ran the home has not yet issued an apology.

The Bon Secours Sisters said it couldn't comment on the find, which Ireland's Minister for Children Katherine Zappone described as "disturbing".

"This is very sad and disturbing news," Zappone said in a statement.

"It was not unexpected, as there were claims about human remains on the site over the last number of years."

Today is about remembering and respecting the dignity of the children who lived their short lives in this Home," Zappone added.

"We will honour their memory and make sure that we take the right actions now to treat their remains appropriately."