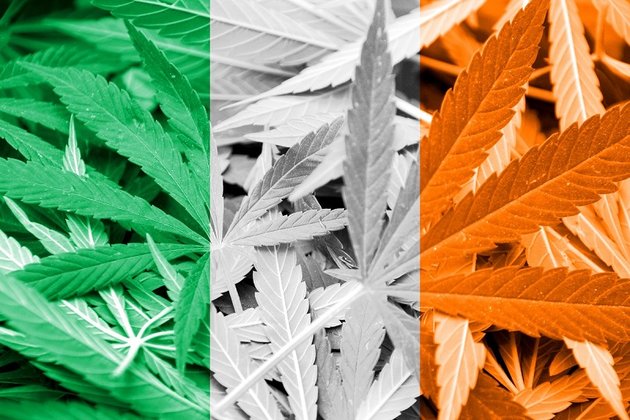 DUBLIN, Ireland - This October, Canada will become the second country in the world to legalize cannabis growth and consumption, several decades after the country first made the possession of Cannabis a crime in 1923.

In December 2013, Uruguay became the world's first country to legalize the sale of cannabis for recreational use.

This week, as Canada's Cannabis Act won a historic Senate vote, clearing its last hurdle, lawmakers from around the world tried to look inward, examining their own nation's laws.

Currently, apart form Uruguay and Canada, nine U.S. states and the District of Columbia have voted to permit the recreational use of marijuana.

When questioned about whether Ireland would follow Canada's footsteps towards decriminalizing cannabis - Taoiseach Leo Varadkar revealed that a similar law is already being discussed in Ireland.

Speaking to reporters at the British-Irish Council in Guernsey, Varadkar pointed out that decriminalization of cannabis is already "under consideration."

Last year, an Oireachtas committee recommended a "harm reducing and rehabilitative approach to possession of small amounts of illegal drugs."

Following this, in November 2017, the Minister for Health Promotion and the National Drugs Strategy Catherine Byrne announced the establishment of a working group that would look into alternative approaches to the possession of drugs for personal use.

Varadkar further revealed that the expert group, that is currently considering the decriminalization of cannabis, is examining the systems in jurisdictions in which cannabis has been decriminalized for recreational use.

The Taoiseach explained, "We're conscious that Portugal has done it and has had some success in moving it from a criminal justice matter to a health and addiction issue and I'm very conscious that cannabis has been decriminalized in every state on the west coast of the United States. Colorado, most recently Canada and the sky hasn't [fallen] in, so it's something that's under consideration."