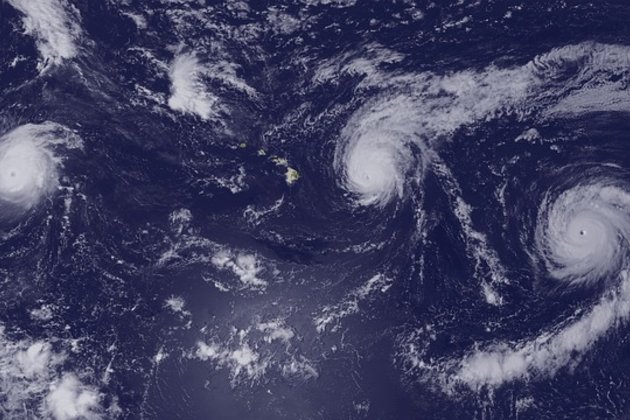 DUBLIN, Ireland - With the peak hurricane season arriving, the Met Eireann has said that it is keeping a close eye on the path and movement of two hurricanes building in the south Atlantic.

However, the Met Eireann has said that it is keeping an eye on Hurricane Isaac and Hurricane Helene, the two other hurricanes in the south Atlantic.

According to forecasters, Hurricane Isaac and Hurricane Helene are currently following Florence that has been slightly downgraded but will make landfall in the Carolinas at the end of this week.

Met Éireann forecaster Pat Clarke was quoted as saying that they are keeping an eye on the path of Isaac and Helene and explained, "There's no sign of Florence heading anywhere near us. It is more or less expected to hang around North America. There's more than one hurricane building in the Atlantic at the moment and we're keeping an eye on those."

Clarke also noted, "There's nothing due between now and Sunday. Isaac and Helene are thousands of kilometres away but they'll move eventually and we're watching them. It's something we monitor on a regular basis at this time of year. We get the tail end every now and then, like we did with Ophelia last year. There's nothing to worry about at the moment."

He said, "There was reports about Florence hitting us but that story proved totally unfounded."

According to forecasters in the U.S., as it closes in on North and South Carolina, Hurricane Florence has strengthened into a potentially catastrophic Category 4 storm.

It is carrying wind and water that could wreak havoc over a wide stretch of the eastern U.S. coast.