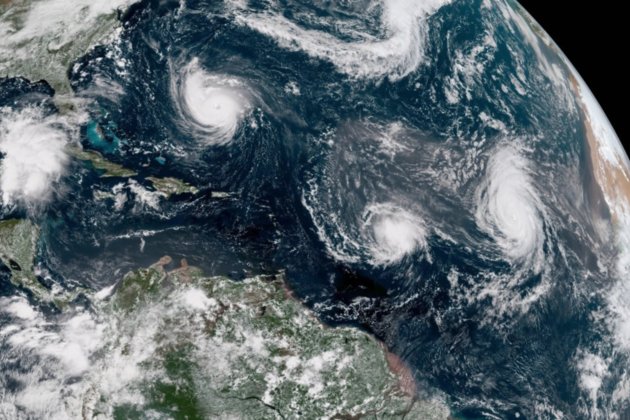 DUBLIN, Ireland - One of the several major storms in the Atlantic, Hurricane Helene is set to reach Ireland early next week.

The Met Eireann has warned that the storm will bring wet and windy weather to Ireland when it approaches the south coast by Tuesday.

According to forecasters, Helene is currently 2,065km south-southwest of the Azores in the Atlantic.

Hurricane Florence, which reached the U.S. Carolinas on Thursday, has sparked mass evacuations and is headed towards the U.S. east coast, where it is expected to make landfall on Friday.

Meanwhile, the Irish national forecaster said this week that there were two dangerous storms developing and that they were closely tracking the path of the storms to assess the possible impact on Ireland.

On Friday, the Met Eireann has stated, "Current indications are that (ex-) tropical storm Helene will approach Ireland's south coast during Tuesday. It is likely to bring wet and windy weather later on Tuesday, but at the moment there are no indications that it will bring any severe or damaging weather."

Meanwhile, the U.S. National Hurricane Center said that Storm Helene is packing winds of 140km/h, but it is expected to weaken from a tropical storm as it moves north from the Azores towards Ireland and the U.K.