Classes, work suspensions up in Ilocos Norte due to Rosita 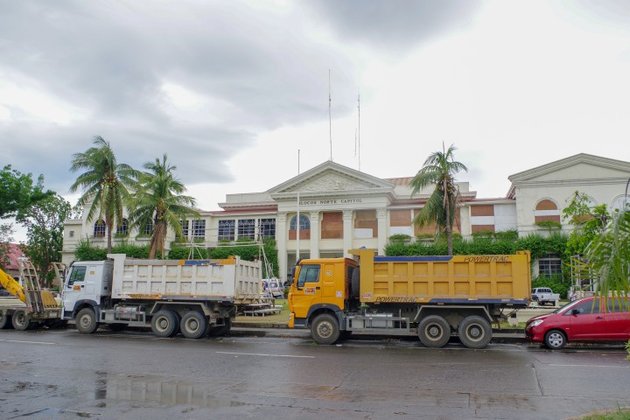 LAOAG CITY, October 30 (PIA) -- As Signal No. 2 is raised in Ilocos Norte today, October 30, some cities and municipalities have declared classes and work suspensions due to Typhoon Rosita.

The provincial government reiterates the automatic suspension of classes from preschool to secondary levels in light of Typhoon Warning Signal No. 2, as guided by Executive Order No. 66.

The executive order prescribes the rules on the cancellation or suspension of classes and work in government offices due to weather disturbances and calamities.

"As ordered by the governor, suspension of work and classes in the tertiary level depends upon the discretion of local chief executives," Ma. Rhona Ysabel Daoang, officer-in-charge of the Provincial Communications and Media Office said.

Meanwhile, at 5 a.m. today, the city government of Batac has announced suspension of classes in all levels and government office as Rosita made landfall an hour earlier in Isabela.

The city government of Laoag has also declared suspension of classes in all levels.

On October 26, the Provincial Disaster Risk Reduction and Management Council (PDRRMC) convened its member-agencies for a Pre-Disaster Risk Assessment for Emergency Response Preparedness in light of Typhoon Rosita.

Preparations include sealing off the windows of the provincial capitol building to prevent breaking of glasses due to expected wind strength of the typhoon.

Prior to the approach of Rosita in the Philippine Area of Responsibility, farmers are advised to harvest crops to minimize damages and losses.

Rosita is forecasted to leave the PAR on Thursday morning, November 1.