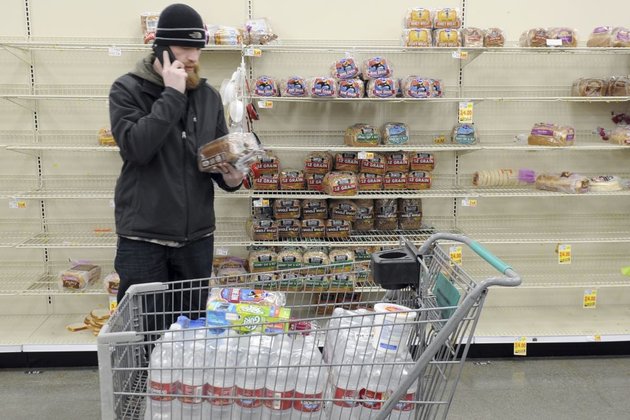 ANCHORAGE, ALASKA - Life is slowly settling down in Alaska following a powerful earthquake that rattled buildings, disrupted power and caused heavy damage to the only highway that leads north out of Anchorage.

"They're disturbing, and I'm not putting anything away that could fall until they calm down," Randall Cavanaugh, an Anchorage attorney, said following a restless night at home. "I kept waking up."

Employees who live in communities north of Anchorage have been encouraged to see if they can take Monday off or work from home to reduce the number of cars on Glenn Highway as crews repair damage.

Motorists trying to travel north Friday were at a virtual standstill on the highway.

Gov. Bill Walker, who leaves office Monday, has given state office workers in the Anchorage area the day off to ease traffic congestion.

"Even though we are making very significant progress on the highway travel, it would still behoove all of us to see if we can keep the volumes down," Municipal Manager Bill Falsey said at a news conference.

The magnitude 7.0 quake didn't cause widespread damage to structures or collapse buildings. There's a good reason for that.

A devastating 1964 Alaska earthquake, the most powerful on record in the United States, led to stricter building codes that helped structures withstand the shifting earth Friday.

A seismic expert said Alaska and California use the most stringent standards to help buildings withstand earthquakes.

It requires buildings to be designed to resist possible ground motion determined by location and earthquake histories.

Walker said sometimes people, including himself, grouse about stringent building codes. But he's glad they were in place because he had only minor water damage at his home.

"Building codes mean something," he said.

The quake was centered about 7 miles (12 kilometers) north of Anchorage, which has a population of about 300,000. People ran from their offices or took cover under desks. A 5.7 aftershock followed within minutes. Then came a series of smaller quakes.

There were about 550 aftershocks, including 11 with magnitudes of 4.5 or greater, in the 24 hours following the Friday temblor.

The aftershocks should be weaker and less frequent in the coming days, but officials couldn't say for sure when they'll stop.

Roads took the brunt of the damage. The Alaska Department of Transportation counted about 50 sites with damage, including eight considered major. Most of the damage was done to highways north of Anchorage. The agency also was planning to conduct bridge inspections.

Earthquake damage also was preventing Alaska Railroad trains from making the trek between Anchorage and Fairbanks. The trip is 350 miles (563 kilometers) one way.