Busted: Cocaine worth R700m smuggled on ship from Brazil to SA 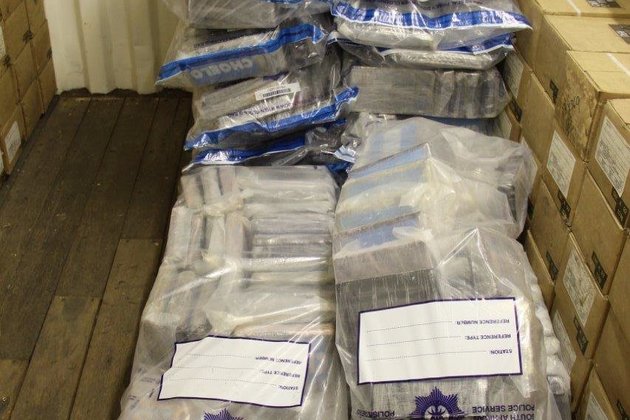 The Hawks have broken an illicit drug supply chain from Brazil to India after uncovering 706 cocaine bricks hidden beneath thousands of containers at the Port of Ngqura near Port Elizabeth.

Officials found the uncut cocaine, with an estimated street value of around R700m, during a drug raid on Monday, Hawks spokesperson Brigadier Hangwani Mulaudzi said on Tuesday.

The bust is the result of information that Interpol received about a vessel carrying 706kg of cocaine from Brazil to South Africa.

Local and international authorities have been observing the vessel for almost two weeks.

"It had already been established that the vessel was going to dock at Coega Harbour (Ngqura) and continue to Singapore before going to its final destination in India with the illegal cargo," said Mulaudzi.

Dogs sniffed out the cocaine bricks that were concealed in the bottom floor of the ship, beneath 3 669 containers.

Hawks head Lieutenant General Godfrey Lebeya applauded the team for the seizure of the drugs.

"By confiscating this cargo, we have severed the supply chain. But the war on drugs has neither been lost nor won," he said.

"We are still going to put more effort into targeting the supply of these dangerous dependency producing substances. We will not be allowing these substances to go and ruin the lives of innocent people [who] are being turned into drug addicts."

He said that cartels would not deliver or produce drugs if there was no demand for them.

"The empires of the cartels will fall. Sever the demand chain. The power to stop this is in your hands."