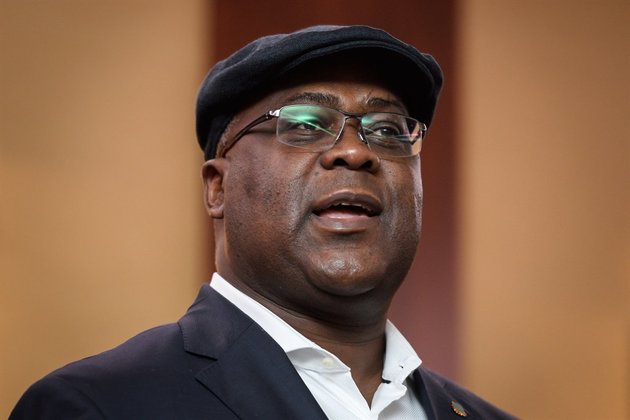 Democratic Republic of Congo's ruling coalition said on Thursday it had "taken note" of Felix Tshisekedi's provisional victory in the presidential elections but reserved the right to legally challenge its candidate's score.

"We are disappointed by the low score attributed to (our candidate) but we take note of the (election commission's) provisional announcement," said Lambert Mende, spokesperson for the Common Front for Congo (FCC) that backed Emmanuel Ramazani Shadary.

As President Joseph Kabila's handpicked successor, Shadary had been widely expected to be declared victor, prompting massive international pressure on Kinshasa to respect the voters' wishers.

When the provisional results of the December 30 polls were announced earlier on Thursday, Shadary came in a distant third with just 23.8%.

"If needs be, we will see if there is any legal recourse," Mende said, indicating that the coalition would conduct its own verification of the figures before the election commission unveils definitive results on January 15.

Election chief Corneille Nangaa declared Tshisekedi the winner with 38.57% of the vote, just ahead of rival opposition candidate Martin Fayulu who took 34.8%.

But Mende also sounded a conciliatory note - and one which appeared directed at the international community.

Earlier on Thursday, France's top diplomat said Tshisekedi's declared victory was "not consistent" with the results and that Fayulu appeared to have won.