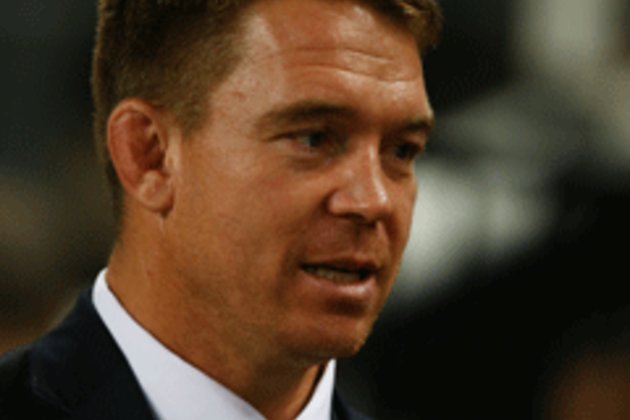 Cape Town - The Springboks' 2007 Rugby World Cup winning captain, John Smit, has thrown his weight behind the revival of club rugby, with confirmation that the Gold Cup has secured a trio of dynamic sponsors for 2019.

The Gold Cup - SA Rugby's flagship national championship for non-university clubs, which has become known for its big crowds and flamboyant rugby - will kick off on Saturday and be known as the SSG Gold Cup.

The announcement was made on SuperSport's Phaka magazine show on Tuesday night by SA Rugby President, Mark Alexander, and SSG Holdings' Acting CEO Smit, who captained South Africa in 83 of his 111 Tests, including to World Cup glory 12 years ago.

"We have said it many times but club rugby is a national treasure which refuses to remain on the periphery of the game any longer," said Alexander.

"Community rugby has been played in cities, towns and villages across the country for more than 140 years and nowhere in the world does community rugby attract the type of following that it does in South Africa.

"Amateur club matches in our rural towns draw bigger crowds than many professional leagues abroad. The professional era dealt a blow to the grassroots game but over the past few years it has shown signs of regeneration, although there remains much work to do.

"We however have a clear long-term strategy to ensure community rugby not only contributes towards social cohesion but also plays a central role in player development and transformation, and the involvement of brands such as SSG, Blu Approved and M4Jam will kickstart this process."

Smit, who played club rugby in Durban after signing with the Sharks out of school, said that the community-based nature of the Gold Cup would allow SSG, Blu Approved and M4Jam to talk directly to their target audiences in especially the fast-growing informal sector of the South African economy.

"The local rugby club is at the heart of so many communities across the country and there is so much untapped potential for rugby and businesses such as ours, who operated mainly in this space, to collaborate," said Smit.

"I've experienced personally how rugby can be a powerful catalyst for nation-building, but it is arguable whether we really exploited the full potential of our World Cup victories in 1995 and 2007.

"Amateur club rugby is where rugby and communities are built from the ground up. The unsung heroes in these communities need to be given the opportunity to be celebrated and the Gold Cup is one of the ideal platforms to achieve this.

"The Gold Cup's vision of building communities and providing opportunities is shared wholeheartedly by SSG Holdings, Blu Approved and M4Jam. We are proud to be associated with the grassroots game and we look forward to seeing the tournament grow from strength to strength."

Vibrant crowds are expected at this weekend's first round of action in George, Worcester, Uitenhage, Durban, Pretoria, Welkom, Roodepoort and Springs, following a memorable 2018 domestic club season which saw record numbers flock to community venues. More than 13,000 fans crammed into the Bridgton Sports Ground in Oudtshoorn to watch Bridgton play Progress in a televised curtain-raiser to the SuperSport Rugby Challenge Final.

KZN champions College Rovers - Gold Cup finalists in 2013 and 2017 and twice winners of the old national club championships, in 2010 and 2012 - will start the tournament as one of the favourites, while the presence of 2014 and 2016 Cup winners Newrak Rustenburg Impala (Leopards), 2015 champions Durbanville-Bellville (WP), 2014 runners-up RotoTank Roodepoort (Golden Lions) and Blue Bulls heavyweights ABE Midas Naka Bulls, will ensure the field is arguably the strongest yet assembled.

Boland champions Villagers Worcester, established in 1883 and celebrating their 136th anniversary this year, have the honour of being the oldest club in this year's Gold Cup. They will get their campaign underway at their Boland Park fortress against Northam Platinum Rhinos, the remote Limpopo mining club who surprised friend and foe alike by reaching the quarterfinals in the last Gold Cup and who celebrate their 25th anniversary milestone this year.

The 16 competing teams are divided into four pools of four, with each team playing three matches in three weeks. The top two teams from each pool will contest the quarterfinals on 30 March.