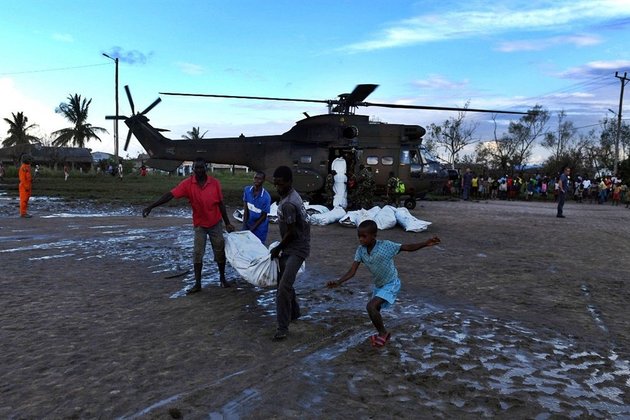 ANC secretary general Ace Magashule says he is "deeply moved and concerned" about the plight of the victims of Cyclone Idai, a tropical cyclone that hit Mozambique, Zimbabwe and Malawi.

"Words fall dismally short to describe human suffering that had been caused, and which is still continuing to unfold eight days after this terrible natural disaster started," Magashule said in a statement issued on Saturday.

"In addition to thousands of people having lost their lives, the destruction of people's homes, and overall infrastructure and crops is devastating, and will continue to negatively impact on the lives of millions of our neighbours for a very long time."

On Saturday, Mozambican Minister of Land and Environment Celso Correia said the death toll was now at 417.

Mozambican President Filipe Nyusi declared a national emergency and the death toll is likely to rise.

Minister of International Relations and Cooperation Lindiwe Sisulu visited Maputo on Saturday to have discussions with Nyusi on South Africa's humanitarian assistance for the victims.

In a statement Sisulu said: "South African companies have responded to the call. Some are on the ground in Beira, together with the South African Defense Force (SANDF)".

Sisulu told Parliament on Wednesday that SADC is and was "completely unprepared" for Cyclone Idai and other natural disaster events of this magnitude.

On Friday, BBC reported that rescue workers were continuing the search for survivors of Cyclone Idai, which destroyed towns and villages in its path.

"Hundreds of people have been killed and hundreds of thousands more have been affected by what the UN says could be 'one of the worst weather-related disasters ever to hit the southern hemisphere'," its report stated.