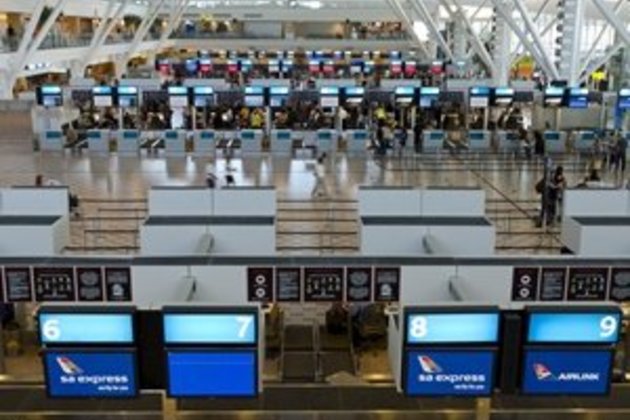 It is said that in future, it won't be countries competing with each other, but rather cities - and that is why global air access is so important for SA cities, says Deon Cloete, general manager of Cape Town International Airport.

A successful aerotropolis (a multi-modal commercially viable "airport city" centred around an airport) forms an important part of the process, he said at the 4th annual AviaDev aviation development conference in Cape Town on Thursday.

At the same time, there are social imperatives to address within the area where an airport operates.

Cloete said Airports Company SA (ACSA) is proud to have been one of the founding members of the successful Cape Town Air Access initiative, which has managed to increase direct flights to the Mother City with its accompanying economic benefits for the city and region.

He emphasised that the initiative is successful thanks to the partnerships and collaboration it is based on.

"This would never have been possible without collaboration. It also shows there is a model we can take further and use elsewhere in the country and continent to create the same type of value," he said.

"It is a fantastic opportunity for ACSA to make sure we play our part to create a winning city for the future."

When the air access initiative was started a few years ago, the brief to the team was to bring four more air routes to Cape Town. This has been exceeded already, with more than 13 new routes having been introduced.

At the same time, cargo numbers at Cape Town International Airport jumped by 50% since the air access initiative brought more flights to the city.

According to Cloete, cargo forms an important aspect of long-term sustainability for international airlines.

ACSA Cape Town has working towards this growth for several years, including buying land. It has three large investments on which construction will start next year.

The total value of these projects is about R7bn and development will stretch over the next five years.

The projects include a new runway allowing 50% more flight frequencies per hour; investing in a new terminal to handle demand; and to upgrade the domestic terminal.

"Apart from volume, one must emphasise quality. Volume without quality is not viable on the long term. When we invest we want to drive social change in our environment," said Cloete.

Cloete said building an airport can bring opportunities to meet various needs in the area where development is taking place, even impacting social cohesion.

"We are poised for a wonderful opportunity for growth," he said.