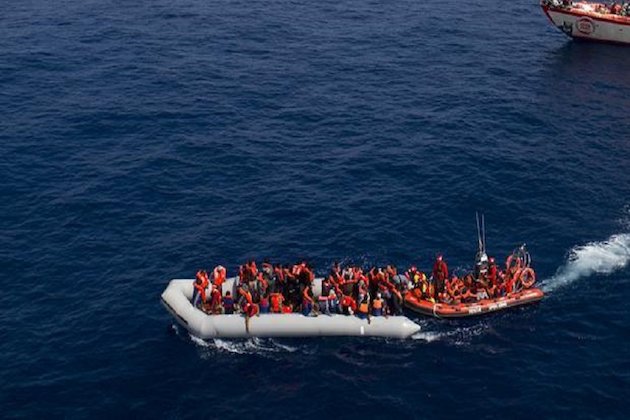 <p>TUNIS, Tunisia - Scores of people fleeing the violence in Libya are dead following a tragic incident in the Mediterranean Sea.</p><p>Their vessel apparently sank 45 nautical miles off the Tunisian coast on Friday morning.</p><p>The office of the United Nations High Commissioner for Refugees (<a href="https://reliefweb.int/organization/unhcr">UNHCR</a>) described the sinking as &#39;one of the worst incidents on the Mediterranean in months,&#39; and confirmed that sixty five people had died.</p><p>Sixteen people were rescued from the water after the vessel sank. They were pulled from the water by the Tunisian Navy. They were taken to the coast of Zarzis in southeastern Tunisia.</p><p>According to the 16 survivors, the group left Zuwara, around 120 kilometres west of Tripoli, on Thursday night. Their boat ran in to trouble soon afterwards when encountering strong waves.</p><p>&quot;This is a tragic and terrible reminder of the risks still faced by those who attempt to cross the Mediterranean,&quot; Vincent Cochetel, UNHCR Special Envoy for the Mediterranean, said Friday.</p><p>The high commissioner&#39;s staff are assisting the survivors with emergency shelter, food and blankets, and assessing their protection needs. UNHCR&rsquo;s partner, Tunisian Red Crescent, a division of the International Red Cross, says it is standing-by to provide medical assistance.</p><p>&#39;This latest incident is the highest loss of life since some 117 died or went missing in mid-January. For some months, UNHCR has been raising the alarm at the lack of search and rescue capacity on the central Mediterranean,&#39; the commissioner&#39;s office said in a <a href="https://reliefweb.int/report/tunisia/unhcr-65-reported-drowned-after-shipwreck-coast-tunisia">statement</a>.</p><p>&#39;164 people died on the route between Libya and Europe in the first four months of 2019, considerably less than in previous years, however, the journey is becoming increasingly fatal for those who risk it. In the first four months of this year, one person has died on the central Mediterranean for every three that have reached European shores after departing from Libya.&#39;</p><p>&quot;Across the region, we need to strengthen the capacity of search and rescue operations,&quot; Cochetel said. &quot;If we don&rsquo;t act now, we&rsquo;re almost certain to see more tragic events in the coming weeks and months.&quot;</p><p>(Photo credit: Loop).</p>