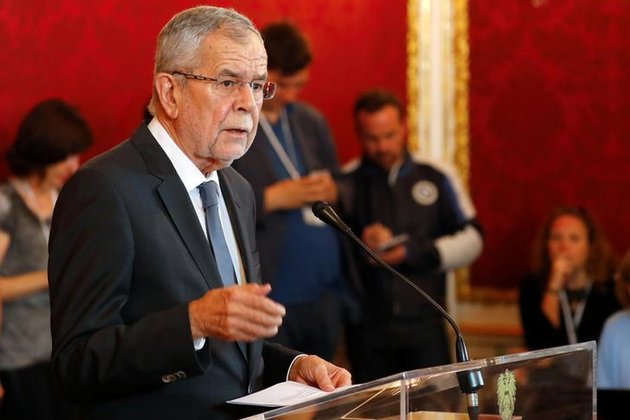 Vienna [Austria], May 19 (ANI): As a corruption scandal sweeps Austria, the country on Saturday called for early polls in order to "rebuild" people's trust in the government.

This comes as the Vice Chancellor Heinz-Christian Strache from the far-right Freedom Party (FPO) resigned from his post as allegations of corruption surfaced against him.

On Friday, German news magazine Der Spiegel and the Suddeutsche Zeitung daily newspaper released a video shot in 2017 which showed Strache allegedly offering government contracts to a woman claiming to be a Russian investor, along with being the niece of an oligarch.

The publications further reported that the "Russian woman" offered to buy a 50 per cent stake in Austria's Kronen Zeitung newspaper, ensuring to support Strache's Freedom Party with elections only a few months away, reports CNN.

"These are shameful images. Nobody should have to be ashamed of Austria," the President said, referring to the video.

"Austrians have the right to have a government they can trust, a government that is esteemed and respected in Europe and the entire world. We need to rebuild this trust, and this rebuilding is only possible with fresh elections," he stated.

The call for elections indicates the end of the ruling coalition between the conservative People's Party (SPO) and FPO.

Strache, however, dismissed the corruption allegations against him even as he issued an apology. He labelled the accusations as "a targeted political attack."The video was recorded on July 24, 2017, in Spain's Ibiza.

"It was a typical alcohol-infused macho behaviour...With this I have hurt the most important person in my life, which is my wife," Strache said while talking about the video during a presser on Saturday morning.

Along with Strache, Freedom Party politician Johann Gudenus, who translated Russian into German in the video for the Austrian leader, also resigned on Saturday.

"With this, I announce that I will retire from my position as managing club chairman and as member of parliament. I will step back from all my positions within the Freedom Party of Austria," Gudenus said.

"I want to express my deep regret for the things that happened more than two years ago. I deeply regret having disappointed the trust from voters, party members, and co-workers," he added. (ANI)