Pjanic feels Allegri 'make everything work in the best way' 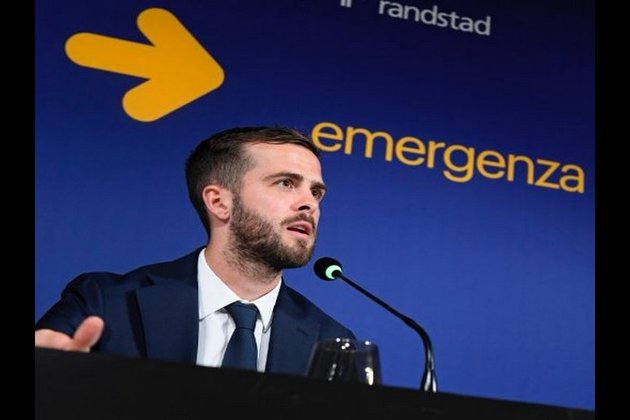 Leeds [UK], May 24 (ANI): Juventus midfielder Miralem Pjanic has hailed the club's departing manager Massimiliano Allegri for making everything work in the 'best way.'"We are a fantastic group and I have to congratulate our coach, who has always managed to make everything work in the best way," Goal.com quoted Pjanic, as saying.

"With him, we managed to win. In football you always have to work to improve, I have always had this mentality," he added.

Despite having Cristiano Ronaldo on their side, Juventus failed to claim the Champions League title this season as they faced a 1-2 defeat in the second leg of the quarter-final after the first leg concluded on a 1-1 draw.

Talking about Ronaldo, Pjanic said: "His concentration levels have always been out of the ordinary, both when things are going well and also when that is not the case."The Bosnia-Herzegovina international also talked about playing for Bosnia instead of France.

"I left my country, Bosnia, very young because of the coming war. I lived in Luxembourg, a very small country, then I moved myself to France, still young, to follow the dream of football," he said.

"I am happy to have chosen to play for Bosnia even if I could have played for France instead. I was only 18 at the time and [France coach] Raymond Domenech called me to see what my plans were. I went to see a Bosnia-Denmark game when I was 13 and from that moment on, I knew I wanted to represent Bosnia," Pjanic said. (ANI)