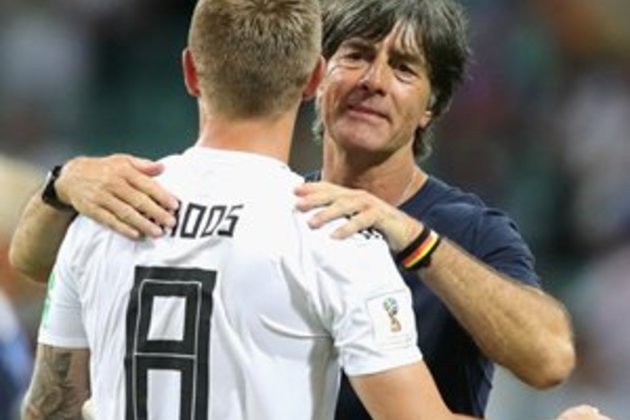 Cape Town - Germany coach Joachim Loew has been taken to hospital after suffering an injury while exercising, and will miss upcoming games against Belarus and Estonia, the German Football Association (DFB) said Friday.

In a statement, the association confirmed that Loew was receiving treatment for a crushed artery and would not be in the dugout for the upcoming internationals.

Bild newspaper reported that Loew had checked into the university clinic in Freiburg with circulatory problems after dropping a dumbbell on himself several weeks ago, but said that he had not undergone an operation.

"I feel better, but I just have to look after myself for a few weeks," said Loew in a statement.

"I am in constant contact with my coaching team and I will be speaking to them on the phone around the two games."

"The most important thing is that Jogi is back to full fitness in a few days," said Bierhoff.

"Even though I can tell he wants to be back on the training pitch, he is right to take care of himself."

"Marcus Sorg and Andy Koepke know the drill and the team very well, and they will discuss everything with Jogi anyway."

The German squad will meet up in the Dutch town of Venlo on Sunday before facing Belarus in Borisov on June 8 and Estonia in Mainz on June 11.