Hardik Pandya took the game away from Australia: Brad Hogg 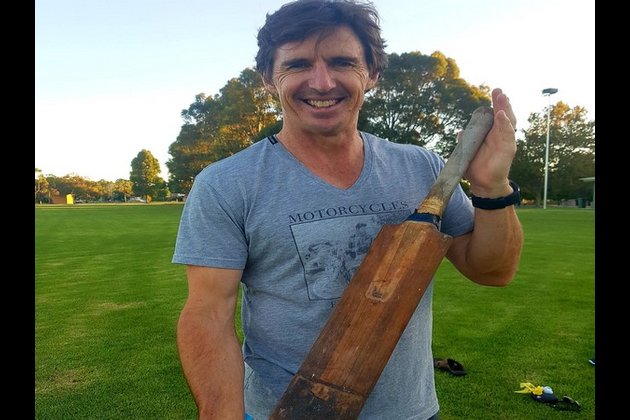 New Delhi [India], June 10 (ANI): At a time when cricket enthusiasts and veterans are heaping praises on Shikhar Dhawan for his crucial ton in India's World Cup match against Australia, former Australian cricketer Brad Hogg believes it was all-rounder Hardik Pandya's inning which took the game away.

In the 14th match of the ongoing ICC Men's Cricket World Cup, India registered a 36-run victory against defending champions Australia on Sunday at The Oval, thanks to Dhawan (117) and skipper Virat Kohli (82).

Hardik Pandya came onto the field in the 38th over and he was dropped by Australian wicket-keeper Alex Carey on the very first delivery. The defending champions had to pay a price for this misfield, as Pandya went on to score 48 runs off just 27 balls.

Taking to Twitter, Hogg posted a video analysing Australia's match against India, in which he said Pandya's inning was the turning point of the game.

"India (scored) 352, brilliant hundred by Shikhar Dhawan and he continues his World Cup form, absolutely sensational player in this tournament.... But the turning point of the game was when Carey dropped Pandya off the first ball of his inning; he then went on and made 48 runs off the next 27 deliveries. He took the game away from Australia," Hogg said in the video.

"Finch got run out and when you have a run out of one of your top-order players in such a crucial situation, generally you find it hard to recover but Warner, Smith and rest of the boy fought hard right till the end but Kumar's over in that middle period where Australia where 238, he got the wickets of Smith and Stoinis and that was the trouble for Australians," Hogg observed.

Australia will take on Pakistan on June 12, while India will face New Zealand on June 13. (ANI)