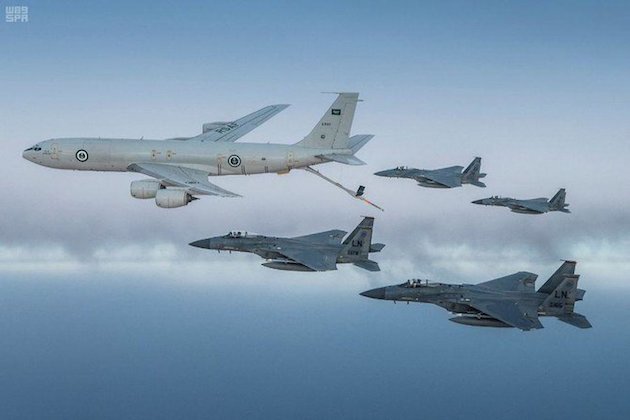 The exercises follow a significant build-up of U.S. military assets in the Persian Gulf, in the wake of alleged hostility from Iran, and the attacks on two oil tankers in the Gulf of Oman on Thursday.

The U.S. appears to be on a war-footing. On Thursday within hours of the oil tanker attacks, U.S. Secretary of State Mike Pompeo in a carefully worded statement blamed Iran for the attacks, and set out in detail a series of allegations which he described as the justification for U.S. military deployments in the Gulf.

"It is the assessment of the United States Government that the Islamic Republic of Iran is responsible for the attacks that occurred in the Gulf of Oman today," he said. "This assessment is based on intelligence, the weapons used, the level of expertise needed to execute the operation, recent similar Iranian attacks on shipping, and the fact that no proxy group operating in the area has the resources and proficiency to act with such a high degree of sophistication."

"This is only the latest in a series of attacks instigated by the Islamic Republic of Iran and its surrogates against American and allied interests, and they should be understood in the context of 40 years of unprovoked aggression against freedom-loving nations," said Secretary Pompeo.

"On April 22nd, Iran promised the world that it would interrupt the flow of oil through the Strait of Hormuz. It is now working to execute on that promise. In early May, the Revolutionary Guard Corps attempted the covert deployment of modified dhows capable of launching missiles."

"On May 12th, Iran attacked four commercial ships near the Strait of Hormuz," Pompeo claimed.

"On May 19th, a rocket landed near the U.S. Embassy in Baghdad," the secretary said.

"Taken as a whole, these unprovoked attacks present a clear threat to international peace and security, a blatant assault on the freedom of navigation, and an unacceptable campaign of escalating tension by Iran."

"Prime Minister Abe made a trip, a historic trip to Iran, to ask the regime to de-escalate and enter into talks. Iran's supreme leader rejected Prime Minister Abe's diplomacy today by saying he has no response to President Trump and will not answer. The supreme leader's government then insulted Japan by attacking a Japanese oil tanker just outside of Iranian waters, threatening the lives of the entire crew, creating a maritime emergency," said the U.S. secretary of state.

"Iran's foreign minister today responded to these attacks. He said sardonically, quote, "Suspicious doesn't begin to describe what likely transpired this morning," end of quote. Foreign Minister Zarif may think this is funny, but no one else in the world does. Iran is lashing out because the regime wants our successful maximum pressure campaign lifted. No economic sanctions entitle the Islamic Republic to attack innocent civilians, disrupt global oil markets, and engage in nuclear blackmail. The international community condemns Iran's assault on the freedom of navigation and the targeting of innocent civilians."

"Today, I have instructed our UN Ambassador Jonathan Cohen to raise Iran's attacks in the UN Security Council meeting later this afternoon. Our policy remains an economic and diplomatic effort to bring Iran back to the negotiating table at the right time, to encourage a comprehensive deal that addresses the broad range of threats – threats today apparent for all the world to see – to peace and security," Pompeo said.

"Iran should meet diplomacy with diplomacy, not with terror, bloodshed, and extortion. The United States will defend its forces, interests, and stand with our partners and allies to safeguard global commerce and regional stability. And we call upon all nations threatened by Iran's provocative acts to join us in that endeavor."