The only option for Eskom is one SA can't afford 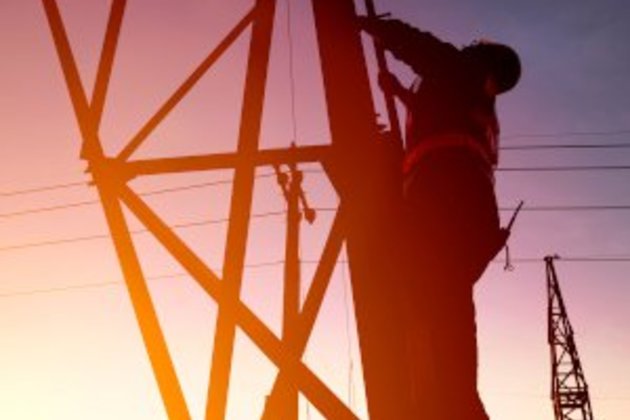 South Africa simply has to rescue the nation's distressed power utility. Even though it can't afford to.

Eskom supplies 95% of the nation's electricity. If it went bankrupt, the entire economy would be dragged down as well. The danger of that is growing: The utility has a mountain of debt, doesn't produce enough power to meet demand or cover its costs and urgently needs to implement a turnaround plan that will hinge on government aid.

President Cyril Ramaphosa will announce measures to address the crisis at Eskom in his State of the Nation Address to Parliament Thursday, economic adviser Trudi Makhaya said in e-mailed comments, without providing details.

The president has given assurances that the utility is too big and important to fail and he won't allow that to happen, while Dondo Mogajane, the director-general of the National Treasury, has said more funding for Eskom is "an issue of how much, and when." Bondholders are banking on a bailout.

"We have no option but to rescue Eskom," said Johann Els, chief economist at Old Mutual Investment Group in Cape Town. "No one has the answer on how this should be done. The budget deficit is set to grow to more than 5% and the taxpayer is pretty much maxed out."

Not only that, the economy contracted 3.2% in the first quarter, largely because of rolling blackouts implemented by Eskom to prevent a collapse of the national grid. Tax revenue will be reduced as a result, making it more difficult for the treasury to stick to its budget-deficit targets. That in turn raises the risk that South Africa will lose its last investment-grade credit rating - which would trigger a massive outflow of funds.

Once rated one of the world's best power utilities, Eskom failed to secure government approval to invest in enough generating capacity as demand for power surged through the 2000s.

The company's financial situation became increasingly precarious as it hired too many workers, repeatedly failed to win price increases from the energy regulator and cut back on maintaining aging plants. Official inquiries have shown it was also looted of billions of rand and subjected to constant management upheaval during former President Jacob Zuma's rule.

The budget announced in February allocated Eskom R23bn over each of the three fiscal years through March 2022, but that won't be nearly enough to save it. Its debt, 62% of which is government-guaranteed, grew by R21bn to R440bn in the six months through March, the utility's latest data show.

Eskom may have to rethink its entire strategy, including plans to complete the construction of two new coal-fired power plants that are running years behind schedule and way over budget, according to Dennis Dykes, chief economist at Nedbank in Johannesburg.

"The big risk is that it blows another 100 billion with, again, very little to show for it," he said. "Eskom needs just to be given enough money to keep it as a going concern while it gets to grips with its problems in a very realistic and sensible manner."

Investors appear sanguine. The yield on Eskom's 2028 dollar bonds - which aren't government-guaranteed - fell 28 basis points in the past two weeks to 6.78% to a record low. Rates on benchmark 2026 government securities hit a two-year low on Monday after falling 58 basis points this year.

"Investors believe that the South African government, which owns the company, has proven capacity and willingness to support Eskom financially," said Okan Akin, a credit analyst at AllianceBernstein in London. "For many investors the most important issue for Eskom is lack of visibility. Eskom's problems are well known and widely publicized, but the details about the solution are somewhat hard to come by."

Ramaphosa's other plans for Eskom, announced in February, include splitting it into generation, distribution and transmission units under a state holding company - a move he says will make it easier to manage and raise funding. Those plans have run into opposition from labour unions, which fear they will lead to privatisation and job losses, and no further details have emerged on how they will be implemented.

Iraj Abedian, head of Pan-African Investments and Research Services, who has advised the government on economic policy, said time is fast running out to fix the utility.

"Eskom needs operationally to be put to bed in one way or another with a credible solution, not just a bailout solution," he said. "Successive governments have kicked it to the edge of the cliff. Now is the moment of truth."