Japan look to give ailing Ikee a lift at world champs 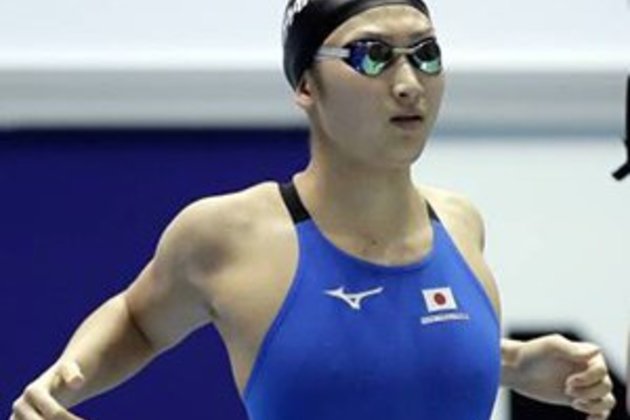 Gwangju - Japan's swimmers have promised to lift their game at next week's FINA World Championships to lift the spirits of ailing team-mate Rikako Ikee in her battle with leukaemia.

The 19-year-old poster girl for the 2020 Tokyo Olympics was diagnosed with the illness earlier this year and is continuing treatment back in Tokyo.

Asian champion Yui Ohashi, one of Japan's biggest medal hopes in South Korea after taking silver in the 200m individual medley two years ago, insisted on Thursday that Ikee was on the mind of all the swimmers.

"It's a huge blow that Rikako can't be here to fight with us but she's battling hard too," Ohashi told AFP.

"Hopefully she can see us giving it everything to produce the kind of results that will give her courage and the added motivation - that I'm sure she already has - to return to competition."

But she tweeted in February that she had been diagnosed with leukaemia after experiencing problems during a training camp in Australia.

Japan's swim queen would have been a favourite to win 2020 Olympic gold in the 100m butterfly and a serious medal contender in the 200m freestyle in her home city.

Japanese coaches in Gwangju have spoken to the athletes about Ikee, revealed head coach Norimasa Hirai the morning after arriving in South Korea.

"Coach (Yoji) Suzuki has said in meetings it was important to fight hard for Rikako too," said Hirai.

"But knowing Rikako's character she will be anxious about Japan's results. If we give everything we have, and hopefully come away with a few medals, it will give her a lift. But first we have to get the job done."

In the absence of Ikee and Olympic champion Kosuke Hagino, who has suffered an alarming dip in form since his Rio gold in the men's 400m individual medley, Japan's swimmers could struggle in Gwangju after finishing 14th in the medals table at Budapest in 2017 with four silver and three bronze.

"I don't want to add pressure. But they're relaxed, they're enjoying the Korean food and they're and in good spirits."

While Hungary's triple Olympic champion Katinka Hosszu has not lost a major final in the women's 200m medley since 2012, Ohashi has medal chances in both the 200m and 400m.

"I'll need to be at 100 percent," said Ohashi, who recently completed a spell of high altitude training in Arizona.

"I'm trying not to overcomplicate things. I have to be aggressive - if I don't go out strong, I'll struggle over the second half of races."

Another potential hope for Japan is Ippei Watanabe, who holds the world record in the men's 200m breaststroke.

"I want to leave everything out there," he said.

"I want to come back with the gold medal, a new world record and a big smile on my face."