Gwendoline Christie explains why she self-submitted for an Emmy 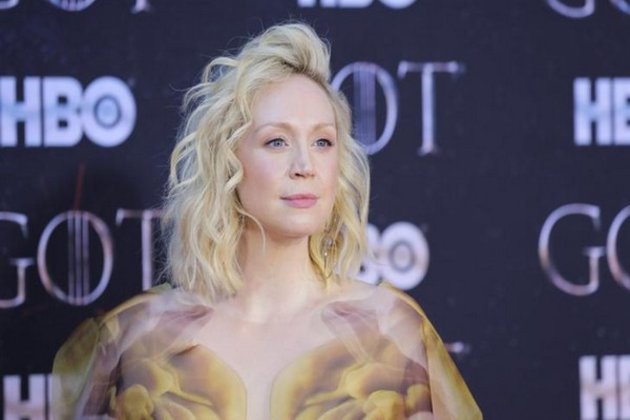 Washington D.C. [USA], Aug 7 (ANI): Actor Gwendoline Christie nominated herself for an Emmy award and it panned out as well as it could have.

The 'Game of Thrones' actor is one of the three stars to self-submit to the Television Academy and receive an Emmy nomination for the final season of the HBO series, reported E! News.

Christie revealed what compelled her to put herself in the running for the 2019 Emmy Awards.

"It's something I find hard to do, like everyone else, but I would like to be in charge of my own destiny," Christie told The Los Angeles Times, as cited by E! News.

"And I would like to endeavour to give myself opportunities. Particularly when working very hard on something very special and you've pushed yourself beyond your limits," said the actor, who played the role of the fan-favourite Brienne of Tarth in 'GoT'.

"I checked that it wasn't an inappropriate thing to do, and I was told it wasn't. People submit themselves all the time. I truly never expected it to manifest in a nomination and I don't think anybody else did either. But I just had to do it for me. And I had to do it as a testament to the character and what I feel she represents," Christie added.

Brienne of Tarth spent most of her time in the epic drama series committed to her dream and duty: being a knight. She finally fulfilled her dream in the final season and eventually became head of the Kingsguard.

To get nominated, the stars, via their teams, submitted themselves and paid a USD 225 entry fee. HBO had submitted actors Maisie Williams, Lena Headey, Sophie Turner, Emilia Clarke, Kit Harington, Peter Dinklage and Nikolaj Coster-Waldau for their Emmy nominations.

"Playing Brienne of Tarth has truly been an honour and I am beyond grateful for this nomination," Christie said in a statement on the day Emmy nominations came out.

"This character has changed my life and redefined the way I look at the world, women and particularly myself. Thank you to George R.R. Martin, David Benioff and D.B. Weiss, Carolyn Strauss, HBO, and our incredible cast and crew. Lastly, apologies to my taxi driver who endured my screams, sobs and pure joy when getting this incredible news," she added.

This is not the first time 'GoT' has entered the race of Emmys. Till date, the HBO series has been nominated 161 times and won 47 Emmys.

After a remarkable 8-year-long journey, the show concluded earlier this year with its eighth and last season. While it was mostly a pleasant and seamless run, the last season of the show received a mixed reaction from the fans and critics.

Many disappointed fans even started a petition urging the makers to remake the last season of the series "with competent writers". The petition managed to garner more than 1 million signatures.

The Primetime Emmy Awards, honouring the best in TV programming, will be handed out on September 22. The show will air live on Fox from the Microsoft Theatre in Los Angeles. (ANI)