PM Hamdok seeks to remove Sudan from US terror list 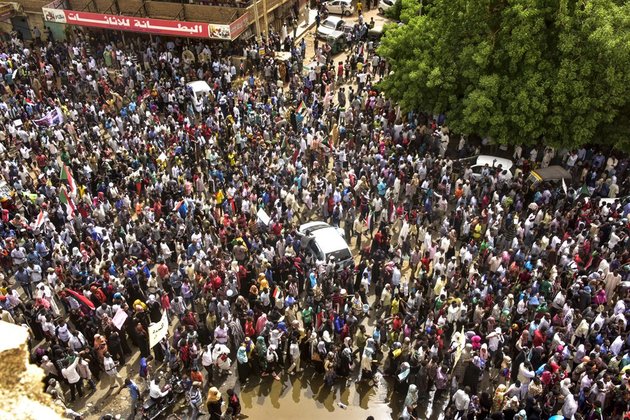 Sudan's new Prime Minister Abdalla Hamdok has said that he has talked to US officials about removing it from Washington's list of countries sponsoring terrorism.

A sovereign council, comprising six civilians and five members of the armed forces, is set to rule the country for a little over three years until elections can be held.

As Sudan begins a new chapter, getting off US' state sponsor of terror list is the "key to anything that we can do in this country", Hamdok told the Associated Press news agency on Sunday, adding that a "democratic Sudan is not a threat to anybody in the world".

Removing Sudan from the list would open the door to foreign investment and allow the country to receive a much-needed International Monetary Fund and World Bank bailout package, Hamdok said.

The US named Sudan a state sponsor of "terror" in 1993, and the designation stuck through the al-Bashir regime.

As one of the last acts of the Obama administration, the US began a formal process to de-list Sudan in January 2017, lifting trade and economic sanctions in October.

But the process was put on hold when mass protests began in December 2018.

"We appreciate and understand that there is a process, both I think in government and Congress," Hamdok said, adding he hopes it happens soon because "it has very serious implications on our situation".

"For 30 years, we were isolated. We were treated as a pariah state. We want to tell the world we are moving away from sanctions, issues of punishment and all that, to a Sudan that is coming back to the fold of normal nations."

Sudan is almost $60bn in debt, and Hamdok said the interest on the debt payments is roughly $3bn.

He called for drastically reducing military spending - from 80% of the state budget - to rescue the nation's faltering economy, hoping for a "peace dividend" if current efforts to negotiate deals with armed rebels are successful.

Hamdok said he wants to bring all state spending, including for the military under the control of the ministry of finance. Asked if the military budget should be smaller, Hamdok said: "Absolutely."

The military overthrew al-Bashir on April 11 following months of widespread demonstrations, but protesters continued taking to the streets, fearing the military could cling to power, and demanded a swift transition to a civilian government.

But tensions between the military and civilians are expected to feature prominently in Hamdok's unruly transitional government.

"He has to work with the generals, who could veto things," Henry said.