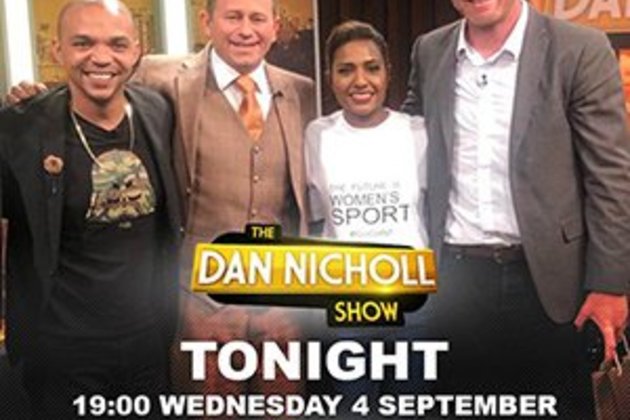 "There are probably seven teams who have a chance of winning," Burger believes.

"I like the space the Springboks are in at the moment, and if I had to pick the four semi-finalists, I go us, the All Blacks, England and Wales. But it's a World Cup, and once the pressure is on in the knockout games, anything can happen."

Burger joins host Dan Nicholl on the first episode of season 10 of the celebrity talkshow, which this season moves to SuperSport 8, with the Rugby World Cup the focus of SuperSport 1.

The 2007 World Cup-winner also discusses his remarkable comeback from deathbed to Springbok jersey, reveals that rugby wasn't always his sport of choice, and discusses his children speaking with English accents from his time with Saracens.

"They speak Afrikaans with an English accent," says Burger ruefully.

"Sometimes I'm the only one who can understand them."

Also on the show on Wednesday night is sports presenter Kass Naidoo, the founder of the gsport4girls awards, which took place last weekend.

"I think Caster (Semenya) is the strongest person I've ever met," says Naidoo on the show.

"Whenever I call her, she's always calm, and assures me she's alright, despite everything she's faced."

The third guest on the season premiere is comedian Nicholas Goliath, whose debut one man show 'The Other Goliath' runs this weekend in Johannesburg.

There's also a cameo appearance from Comrades legend Bruce Fordyce, and an insert on Dan's recent ride through Laos with Ron Rutland and James Owens as part of Race to Rugby World Cup.

The Dan Nicholl Show, presented by BrightRock, screens at 19:00 on Wednesday night on SuperSport 8, and is also available on DSTV Now, Catch-up and Showmax.