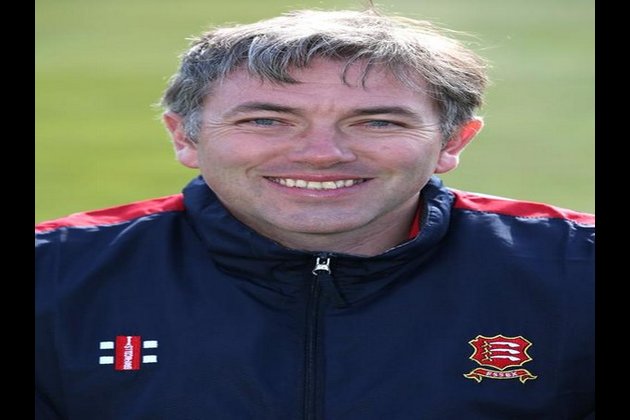 The 44-year-old Silverwood has been promoted from the role of bowling coach and will take charge from Trevor Bayliss, who left the post at the end of the season.

The ECB's selection panel of Chief Executive Officer Tom Harrison, Managing Director of England's men's cricket Ashley Giles and Head of Coach Development John Neal unanimously agreed that he was the outstanding candidate for the role having impressed during the interview process and demonstrating his intimate knowledge of the current set-up and systems.

"We are delighted to confirm Chris as England men's head coach. We have gone through a thorough process and looked at all the options that were available to us. Chris was the standout candidate," Giles said in an official statement.

"I believe he is what we need to take our international teams forward. He is somebody we know well, but it is his intimate understanding of our structures and systems and his close relationships with Test captain Joe Root and white-ball captain Eoin Morgan that will help us develop our plans for the next few years," he added.

Silverwood played a crucial role with the English team in the past and during the recently concluded ICC Men's Cricket World Cup which England won for the first time.

"He has performed exceptionally well during his role as an assistant coach and has the ultimate respect of the players' that have worked with him. Over the past couple of years, he has been an integral member of developing the teams' culture and emerging a cohesive relationship across the team's management group," Giles said.

"Ultimately, his highest quality is that he is a winner and that will be an important part of the job as we look to strive to become the most respected team in the world across all formats," he added.

Speaking about his appointment, Silverwood added: "I aim to continue the great work that has been done over the past five years and build on our future, especially in the Test arena.""There is a tremendous amount of talent coming through, and there is enormous potential for growth. The hard work starts now, and I am confident we can make a positive impact during our winter tours of New Zealand and South Africa," Silverwood said.

Silverwood's first competitive series as a coach will be England's tour of New Zealand, which includes a five-match T20I series starting on November 1 in Christchurch and two Tests against the Black Caps commencing from November 21 at the Bay Oval, Mount Maunganui.

Silverwood played six Tests and seven ODIs for England between 1996 and 2002, but it was on the domestic circuit that the seamer earned his stripes both as a player and coach.

He spent 13 years in his native Yorkshire, before finishing his county career with three seasons at Middlesex. At that time, he took 577 first-class wickets.

Following his retirement, Silverwood joined the coaching staff at Essex in 2010. He was appointed head coach ahead of the 2016 season, promptly leading them to a promotion that same season and then on to the County Championship title the following year. His legacy still evident this year when Essex won the double of the County Championship and the T20 Vitality Blast.

At the end of 2017, he accepted the full-time position as England's fast bowling coach, working with the team throughout the last two seasons, which included a home Test series victory against India in 2018 and the ultimate accolade of this summer's ICC World Cup win. (ANI)