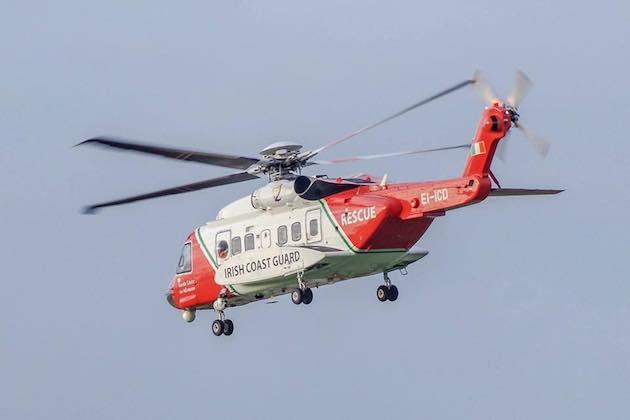 CO CORK, Ireland - A major search operation is continuing in the Dunmanus area of County Cork for a popular young local man after the wreckage of his boat was found near the coastline in Dunmanus Bay.

An Garda Sochna, the Coast Guard, the Irish Naval Service, Civil Defence and the Royal National Lifeboat Institution are involved in the search operation which began around 8:30pm on Wednesday night.

"The Coast Guard is coordinating a search for a lone fisherman who was reported missing shortly after 20.30 last evening in Dummanus Bay, West Cork. The search is being coordinated by Valentia Coast Guard Coordination Centre," the Coast Guard said in a statement released on Thursday. "Overnight searches were conducted by the Shannon and Waterford based Coast Guard Helicopters, Rescue 115 and Rescue 117, the Castletownbere and Baltimore RNLI lifeboats, the Irish Naval ship LE WB Yeats, and local fishing vessels," the statement added.

"Shoreline searches are being conducted by the Schull and Goleen Coast Guard units."

Despite the nature of the search, and the scale of it, those involved have urged the public not to try and help out as the weather conditions are such that they would be putting their own lives at risk.

"On behalf of all of the agencies involved in this search operation, I would ask for members of the public not to put their lives at risk by taking to the water around the search area, or by walking around the shoreline and cliff edges, in an attempt to assist us," Superintendent Declan O Sullivan said Thursday. "We understand that your assistance is well-intentioned, but you are putting yourself at risk in poor weather conditions."

"Some of the larger, well equipped local fishing vessels have been assisting us with our operation and we wish to thank them for their efforts thus far. Emergency services will indicate what assistance the public could provide if necessary," the superintendent, who was speaking at Bantry Garda Station, said.