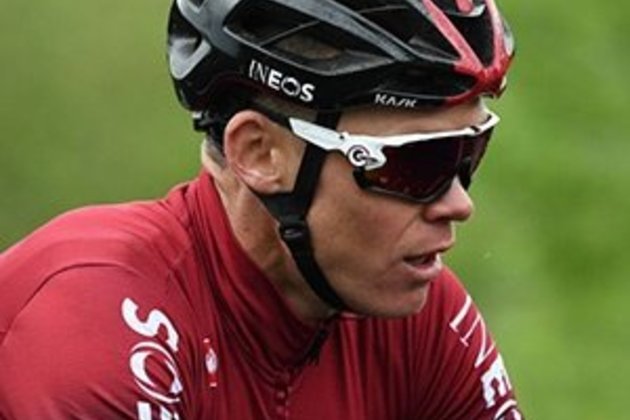 Saitama - Still limping heavily, Chris Froome is fighting back from less than zero, he told on Saturday, in what he describes as an unprecedented bid to win another Tour de France in 2020.

Froome, the winner of four Tour de France titles, fractured a thigh, elbow and vertebrae in a high speed crash in June. On Sunday he plans to make a statement of intent.

On Sunday Froome will race in an exhibition-style team time-trial for Ineos at Saitama, Japan.

That race is a curtain-raiser for the marquee event, a criterium, too demanding and risky for the recuperating Froome. On Friday, he also rode part of July's Tokyo Games road race route.

"The accident has certainly changed me, given me a new start," said a determined looking Froome.

"But it's completely changed my motivation, given me a challenge I've never had before. This could be perceived as an incredibly difficult and negative situation, but I've tried to turn that around to try and achieve something unprecedented."

Froome will be 35 years old when the Tour embarks from Nice next June. With three other Grand Tour winners on the Ineos roster, he knows the size of the challenge ahead, not least building up the strength in his injured leg.

"I've got to get the legs back to 50-50 (instead of 65-35 strength balance)," says the Africa-born Briton, clearly dragging his right leg as he walks.

"I've still got more surgery (in December) to remove a big metal plate and about six screws. It's quite tender, the muscle and soft tissue that's being impacted by this metal plate on my hip," he says.

Before the accident, Froome made no secret of his ambition to equal the five Tours de France won by Eddy Merckx, Jacques Anquetil, Bernard Hinault and Miguel Indurain, but is now focussed just on starting another one.

"It's a Tour de France we haven't seen for decades," he says of the constantly mountainous 21-day race which has more steep climbs than usual.

"It's a much more punchy, much more explosive Tour route than usual," Froome says, analysing a route he admits he has pored over.

"It's a route that looks a lot more like a Vuelta a Espana.

"It's not a typical parcours where we only see three or four 'GC' days, there's at least half a dozen there," he says of the demanding stages where those fighting for the general classification can make decisive moves.

"It gives a lot of opportunities to the main rivals to really slug it out. That's what all fans want to see."

Dave Brailsford, Froome's boss and the mastermind of seven Tour de France wins, has said Ineos will pick a team which emphasises strength in depth. Froome says they will need it.

"Certainly there'll be strength in depth, with four Grand Tour winners on the books.

"But if you look at that course on paper we'll need very versatile riders to be in that selection of eight. Guys who can do everything."

"Egan has handled himself very well and obviously had the Tour de France win to show for it this year.

While in Japan, Froome has done a recon on the Tokyo 2020 Olympic road race, going up Mount Fuji in a car before tackling the final part of the route on a bike.

"But the Olympic route we saw yesterday is fantastic. I can't wait to get stuck into it, to analyse it and figure out what it's going to take to win a race like that.