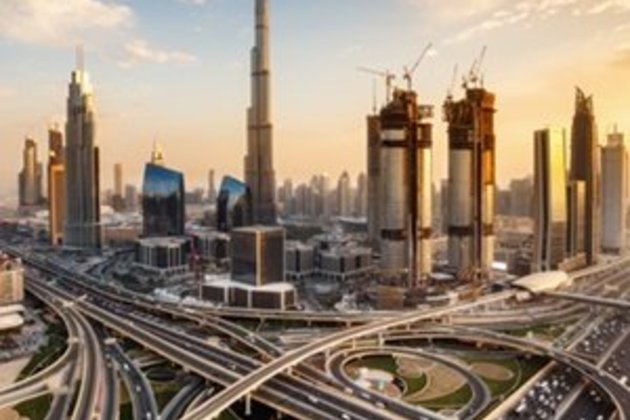 Dubai has already established itself as a thriving hub for major global firms, and now it is opening the doors to new business development, in a nod to potential disruptors.

Dubai's rapid economic growth is rooted in real estate, with dizzying skyscrapers housing some of the city's top financial and consulting firms. It's an image that may be intimidating to new entrants, but officials say entrepreneurs have a role to play in economic growth.

While critics argue the full potential of economies like South Africa are stifled by stringent regulations and policy uncertainty, Dubai's business friendly regulations, such as zero tax on repatriation of income, and no laws forcing foreign businesses to cede part of their equity to local investors, have been its strength.

"We are saying to entrepreneurs of the world, come and grow in Dubai," said Omar Khan, Director at Dubai Chamber of Commerce, which is driving the Startup Hub.

The hub offers incubation to budding entrepreneurs who are equipped with market-related skills and access to deal makers, after making the cut from hundreds of applicants from different countries. Entrepreneurs from countries such as India and Rwanda having taken part.

"Our aim is to develop businesses of the future, who would thrive in a competitive global environment and contribute positively to modern economies," says Khan.

It's a platform that propels new players to realise their potential in an ever-changing economic landscape dominated by banking and technology giants, who are using Dubai as a base for the region and neighbouring zones.

Dubai's population is over 9 million, consisting of mostly expatriates who came for work in various industries. Its diversity presents an opportunity for growth and access to a diversity consumer base, including international corporate companies.

Innovative and tech-based disruptors which translate today's challenges into future solutions are seen as new growth drivers, in a city that wants to position itself as a new hub for unicorns.

However, the emirate remains a magnet for foreign direct investment, having attracted 257 FDI projects in the first half of 2019, according to official data. A total of 61% of total projects were greenfield projects, 27% new forms of investments, 6% reinvestment, 5% mergers and acquisitions , and 1% for new joint ventures.

While the economy of the UAE largely benefits from oil revenue, about 6% of Dubai's income is from oil.

Entrepreneurs who go through the The Dubai Chamber of Commerce development programme are linked up with relevant companies, allowing them to feed off the extensive value chain offered by Dubai's large corporate network.

Homegrown ride hailing service, Careem, stands out as the shining example of Dubai's business startups. The company, started in 2012, is a target of a $3.1bn takeover bid by Uber Technologies. The transaction is subject to regulatory approvals and is expected to close in the first quarter of 2020, according to Uber.

The bid, announced in March, would solidify Uber's presence in the Middle East, with a proposition for the company to keep its image.

"Companies can come to Dubai to set up business and expand globally. We believe in developing business which impact lives and offer growth potential beyond our borders," said Khan.