Svitolina sees off Kenin in straight sets in Shenzhen 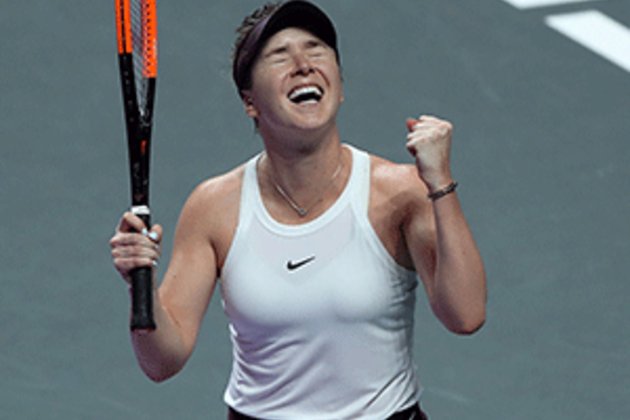 The Ukrainian has not lost a set at the round-robin season-finale after recording a 7-5, 7-6 (12/10) win in two hours and 10 minutes at the Shenzhen Bay Sports Centre.

The match was a dead-rubber with Svitolina having already clinched Purple Group's top spot and she will face Switzerland's Belinda Bencic in the semi-final on Saturday.

World No 12 Kenin replaced Bianca Andreescu after the US Open champion suffered a knee injury against Karolina Pliskova on Wednesday.

Kenin was the second replacement used at the tournament after Kiki Bertens stepped in for world number three Naomi Osaka, who withdrew due to a shoulder injury.

"I'm happy that I finished the match in two sets," Svitolina said. "It was a physical match and I had to stay tough."

Svitolina started sluggishly and dropped her serve in the third game with a double fault. Kenin was impressive, moving Svitolina around the court with precise shots but was unable to serve out the set in the 10th game.

Svitolina made her pay and broke again in the 12th game to draw first blood.

An energetic Kenin played with flair to earn a break in the ninth game in the second set but again struggled closing out the set. She double faulted on set point and was shortly after broken by Svitolina, who won her eighth straight WTA Finals match in a thrilling tiebreak.

The 25-year-old is hoping to end a barren season on a high having not captured a title since last year's triumph in Singapore.

Pliskova and Wimbledon champion Simona Halep will battle for a semi-final spot later on Friday with the winner to face world number one Ashleigh Barty.