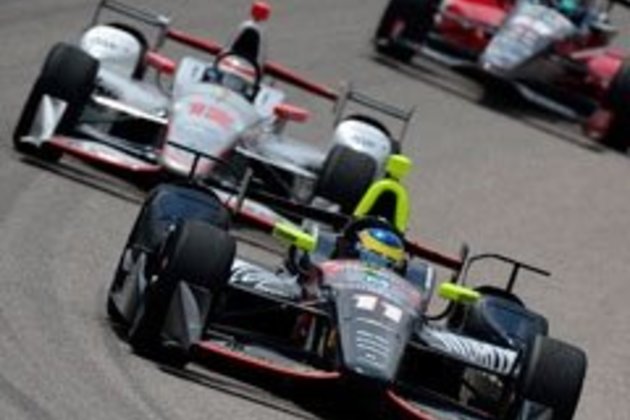 Los Angeles - The owners of the Indianapolis Motor Speedway and IndyCar Series have agreed a sale with Penske Corporation in a blockbuster deal that caught US motorsport by surprise on Monday.

A joint release from Hulman & Co, which has owned the track since 1945, and Penske confirmed the deal which will see the iconic home of the Indy 500 change hands.

Tony George, chairman of Hulman & Co said the company had recently approached Penske about the possibility of a sale.

"We are honored to pass the torch to Roger Penske and Penske Corporation, as they become just the fourth owner of the iconic Speedway," George said.

"There is no one more capable and qualified than Roger and his organization to lead the sport of IndyCar racing and the Indianapolis Motor Speedway into the future."

The deal will close subject to government approvals and other conditions, the statement said. No figures for the price of the sale were released.

The deal represents a coup for Penske, whose IndyCar team is the most successful in Indy500 history with 18 victories. Frenchman Simon Pagenaud clocked the most recent win at the circuit known as "the Brickyard" in May.

Penske driver Josef Newgarden has won two of the last three IndyCar championships, clinching the 2019 title in September. It was the 15th IndyCar crown for Penske.

The Indianapolis Motor Speedway is one of the oldest venues in world motorsport, having staged its first races in 1909 after being built by Carl Fisher. It was later purchased by Eddie Rickenbacker before being bought by the Hulmans in 1945.

Roger Penske, a former racecar driver worth an estimated $1.6 billion, said he had fallen in love with the sport after a visit to the Indy 500 as a boy.

"We have so much respect and appreciation for the history and tradition of the Speedway and the sport of IndyCar racing...it will be an honor for Penske Corporation to help lead these great institutions forward into a new era."

News of the deal was greeted with praise early Monday.

Zak Brown, chief executive of McLaren Racing, said Penske's control of IndyCar was a boost for the sport.

"I cannot think of a better owner than Roger Penske and his corporation to ensure the growth and future of IndyCar," Brown wrote.

"His business acumen and dedication to the sport and passion for the Indianapolis Motor Speedway are second to none. High confidence in IndyCar's bright future."

Mark Miles, the chief executive and president of Hulman, said the sale was taking place with IndyCar enjoying a boost in television ratings popularity.

"With their track record of business success, their venue, operation and event experience and their passion for motorsports, Roger Penske and Penske Corporation will help us take the IndyCar Series, the Indianapolis Motor Speedway and all of our properties to new heights," Miles said in a statement.