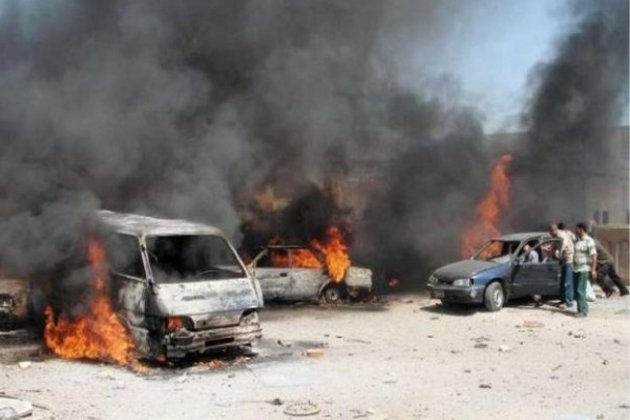 Al Bab [Syria], Nov 17 (ANI): At least 18 civilians were killed and 27 others suffered injuries in a car bomb attack on Saturday in the Syrian city of al-Bab, according to Turkish Defence Ministry.

Though the Ministry had earlier in a Twitter post said the attack on a bus terminal killed ten and wounded more than 15 others, Al Jazeera reported that Turkish media, citing defence ministry gave a higher death toll later.

It also quoted Britain-based Syrian Observatory for Human Rights, a war monitor as saying that 19 people had died in the blast.

"Inhumane and uncivilized PKK/YPG terrorists continue to target innocent civilians using the same methods as Isla. This time the terrorists detonated a car bomb in the Al-Bab bus terminal in the Op Euphrates Shield area, killing 10 civilians and injuring more than 15," the ministry tweeted.

Last week, at least eight people were killed and more than 20 sustained injuries after a car explosion rocked the village of Suluk in the north of the Syrian Raqqa Governorate. (ANI)