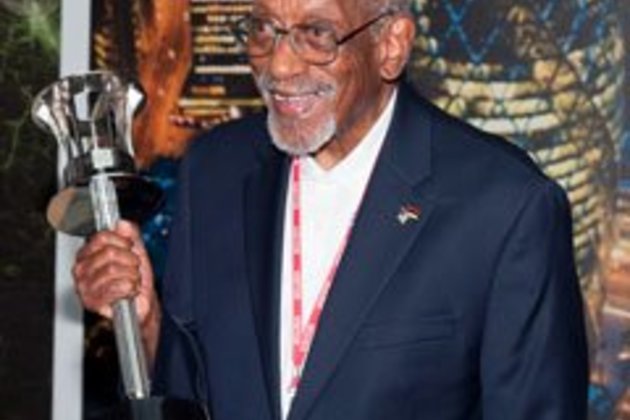 Washington - Harrison Dillard, a 1940s track star who had been the oldest living US Olympic gold medalist, died Friday at age 96, the US Olympic and Paralympic Committee announced Saturday.

Dillard, who had been hospitalized at the Cleveland Clinic with stomach cancer, won the 100 meters at the 1948 London Olympics, edging compatriot Barney Ewell in the first photo finish in Olympic history.

He remains the only man in Olympic history to capture gold in the 100m and the 110 hurdles.

"We are saddened to learn of Harrison Dillard's death after a battle with cancer," USA Track and Field said in a statement. "His legacy as a gold medalist in the 100m and 110m hurdles remains as an amazing achievement.

"Our sport has lost someone special and our condolences go out to his family and friends."

Before his Olympic heroics, Dillard served as a US Army sharpshooter with the 92nd Infantry Division, the so-called "Buffalo Soldiers" being the last all-black racially segregated unit in the US Army. He was deployed in Europe during World War II.

Dillard worked as a scout and the front office for Major League Baseball's Cleveland Indians after retiring from athletics and was also a business manager for the Cleveland City School District.

Dillard, who received his first pair of running shoes from 1936 US Olympic track star Jesse Owens, won the 1953 Sullivan Award as the top US amateur athlete.