5 things we learned from European football 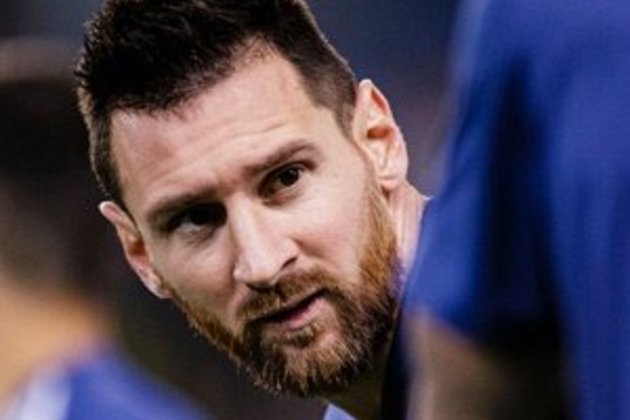 Pari - Lionel Messi reminded the world why he's favourite to win a sixth Ballon d'Or on Monday with another match-winning display for La Liga leaders Barcelona, while Jurgen Klinsmann is faced with a daunting task after returning to management at Hertha Berlin.

Here, AFP Sport takes a look at five things we learned from European football over the weekend:

Lionel Messi underlined his credentials for claiming a record-breaking sixth Ballon d'Or on Sunday by scoring the winner in a 1-0 victory away at La Liga title rivals Atletico Madrid.

The goal sent Barcelona back to the top of the table, level on points with Real Madrid and six ahead of Atletico, whose own challenge is fading fast.

Real Madrid had continued their surge in form by winning 2-1 away at Alaves on Saturday, when Sergio Ramos headed in the opener before conceding a penalty that Lucas Perez converted. Dani Carvajal scored Madrid's winner.

Jurgen Klinsmann couldn't halt Hertha Berlin's plunge down the Bundesliga table after taking over at the club his father supported.

Hertha's 2-1 defeat to Borussia Dortmund was their fifth in a row and left them in the relegation playoff place, three points away from the automatic drop zone.

It came despite Dortmund having to play the entire second half with 10 men, with Lucien Favre's side relieving some of the mounting pressure on their under-fire coach.

"We deserved more," said Klinsmann, whose side had a second-half leveller ruled out for offside. "We didn't push hard enough."

Lukas Hradecky was the hero of Bayer Leverkusen's stunning 2-1 win at Bayern Munich on Saturday despite only being able to see clearly out of one eye for most of the first-half after losing a contact lense.

"I could hardly see anything from about 20 minutes in until the break. You try playing against Bayern with only one eye," said Finland goalkeeper Hradecky who made 10 saves.

"I've never felt so much pressure on my goal. I almost cried when I saw there were six minutes of added time (in the second half). I was dead on my feet," added Hradecky.

Lyon continued their resurgence under new coach Rudi Garcia with a 2-1 win at Strasbourg on Saturday that lifted them within two points of the Champions League positions.

Lyon were only a point above the relegation zone when Garcia replaced Sylvinho last month, but are now closing in on third-placed Angers after a fourth win in five league games.

"I really liked the self-sacrifice, the togetherness," said Garcia, whose side returned late from Wednesday's 2-0 Champions League defeat at Zenit Saint Petersburg.

"We were pretty shaken in the first half and in the second we were able to put our foot on the ball."

Lyon still trail league leaders Paris Saint-Germain by 11 points, with second-placed Marseille five points adrift of the reigning champions after their 2-1 win over Brest on Friday.

Dismal Napoli have an 'attitude problem'

Napoli coach Carlo Ancelotti insisted he has not lost support among Napoli's mutinous players but blamed an "attitude problem" after a 2-1 home defeat to Bologna stretched their winless run to eight games.

"I have an excellent relationship with the squad. It's not a problem of tactics, more an attitude problem," said Ancelotti, whose side are now 17 points behind Serie A leaders Inter Milan, after the loss.

Napoli were whistled off the pitch at the San Paolo stadium on Sunday night, and on Monday the 60-year-old ordered his players into a training camp ahead of next weekend's trip to Udinese.

That will likely go down badly among players after they refused to bow to club owner Aurelio De Laurentiis's demand they be confined to a week-long training camp earlier this month, reportedly receiving a collective deduction to their wages of 2.5 million euros ($2.7 million) for their disobedience.