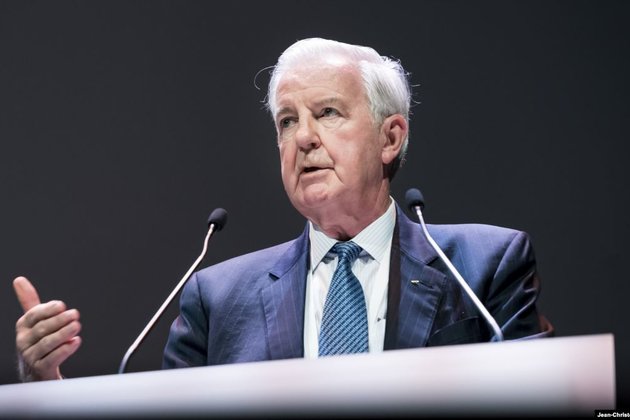 The World Anti-Doping Agency (WADA) says it will defend itself with "utmost vigor" after Russia lodged a formal protest over the agency's decision to ban the country from major sporting events for four years over doping violations, including alleged faking evidence.

The comments came after Yury Ganus, the head of Russian's anti-doping agency, RUSADA, told reporters on December 27 that 'in accordance with established procedure, today we have sent a package of documents to WADA' disputing the agency's December 9 ruling that led to the fresh ban on Russia's participation in international events in nearly all major sports.

It also follows remarks on December 19 by Russian President Vladimir Putin that the country was being treated unfairly in the decision that, if the appeal fails, means that Russia's flag and anthem will not be allowed at events such as the Tokyo 2020 Olympics and soccer's 2022 World Cup in Qatar.

"WADA remains convinced that it made the right decision on December 9. The proposed consequences are tough on the Russian authorities while robustly protecting the integrity of clean sport around the world. We will defend that decision with the utmost vigor at CAS," Reedie said.

WADA said that since the RUSADA notice was received within the required 21 days, the matter will be turned over to the independent Court of Arbitration For Sport (CAS).

"The proposed consequences are tough on the Russian authorities while robustly protecting the integrity of clean sport around the world. We will defend that decision with the utmost vigor at CAS,' WADA said in a statement.

Prior to filing the official protest notice, RUSADA had said on December 19 it had 'made a decision not to agree' with the WADA punishments.

Russia's Investigative Committee said it concluded that all materials submitted to WADA this year regarding athletes' drug tests were genuine.

That represented an informal challenge to WADA's determination that the copy it received of a database from Russia's national drug-testing laboratory was intentionally altered.

Some data was 'removed, others altered and, in some cases, system messages were fabricated in an effort to hamper the work of WADA investigators,' the world doping watchdog had concluded.

The database, which includes Russian athletes' blood-test results and other information stored by the national anti-doping laboratory in Moscow, is at the center of the exposure of Russia's state-sponsored doping program.

WADA's finding was key to its December 9 decision to declare RUSADA noncompliant and to apply the four-year ban on Russian teams.

At his annual news conference on December 19, Putin repeated his accusations that Russia was being treated unfairly and suggested that the country's athletes were the victims.

"The overwhelming majority of our athletes are clean, and then why must all of them suffer?" he said.

In some cases, as was the case during the 2018 Winter Olympics, individual Russians may be allowed to compete as neutral athletes after a series of tests administered by international bodies. Because of the way the event organizer is ccassified, Russia will still be able to participate in the Euro 2020 soccer championship.

WADA concluded in 2016 that Russia had operated a 'state-sponsored' doping program that included intelligence agency and other official involvement.

A Russian court in 2017 issued an arrest warrant for former RUSADA chief Grigory Rodchenkov, who claimed to have helped orchestrate the doping program before turning whistle-blower and fleeing for the United States.

With reporting by TASS, AFP, Reuters, and Time