The most badass quotes ever spoken by Russian rulers 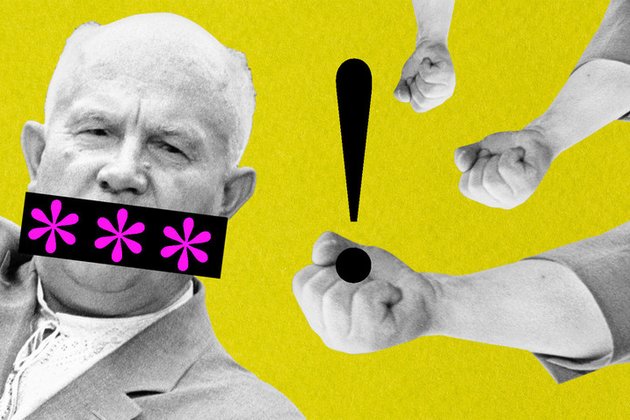 From emperors of the Romanov dynasty to Stalin and Gorbachev, people who run a country this big are usually pretty tough - and definitely not afraid to show it. Nicholas I on Russia's territorial gains

Portrait of Emperor Nicholas I by Franz Krüger

"Where the Russian flag was raised once, it should never be taken down," this emperor of Russia said in 1850, when there was a dispute on whether Russia should keep the remote island of Sakhalin, where explorer Gennady Nevelskoy had founded a military settlement.

It could trigger serious territorial disputes with China and Japan, so some of the officials considered such a step dangerous, but Nicholas I made it very clear - Russia will never surrender the lands it considers her own.

Alexander II on ruling the country

"It is not difficult to rule Russia, but it is useless," Alexander II once said, referring to the fact that Russia is so huge and chaotic that controlling it all is rather senseless, those subjects of his will always act irrespective of where the power is situated. Of course, Alexander II also performed one of the most ambitious reforms of the 19th century when he abolished serfdom (though it was not a huge success, here's why).

Alexander III on Europe and the Constitution

"When the Russian tsar is fishing, Europe can wait," the emperor said. The thing was that Russia's foreign minister, worried by the diplomatic conflict in Europe concerning Russia's ally France, sent Alexander a letter while the emperor was resting in his country house, asking him to hurry back to the capital and tend to the crisis in order to avoid a war in Europe.

Alexander, irritated that someone is distracting him from his favorite hobby, sent a harsh response to his official. It quickly became one of the most famous (and badass) quotations to ever come from a Russian emperor.

The emperor was pretty sure that both foreigners and Russians should respect the status of a tsar. In 1881, soon after inheriting the throne from his murdered father, Alexander said, referring to demands to give the people a Constitution: "A constitution? You want a Russian tsar to swear allegiance to some scum?"

Nicholas II on his occupation

"The Owner of the Russian land," - that was how Nicholas II filled in the "occupation" paragraph during the national census of 1897. Simple and elegant. This of course changed20 years later, when the Bolsheviks came, and Nicholas ended up owning nothing.

"Any kind of god is ideological necrophilia," Vladimir Lenin, the creator and first ruler of the USSR, wrote in his letter to Maxim Gorky. A hardcore atheist, anti-capitalist and anti-monarchist, Lenin hated any kind of religion, considering it, just like his teacher Karl Marx, "opium of the people".

When the Bolsheviks, led by Lenin, had seized power in Russia, they started a crusade against religion, burning down churches and imprisoning priests. Paradoxically, after his death, Lenin's body was put into the Mausoleum, turning him into some kind of a saint in an atheist country.

Joseph Stalin on cheerfulness, war and the Pope

"Life has become better, comrades. Life has become more cheerful," Stalin said in 1935, referring to the rise of the Stakhanovite worker movement and the general improvement of living standards.

Nevertheless, this phrase sounds far grimmer today. Stalin said it just two years prior to the Great Purge of 1936-1938, when around seven million people were arrested, and hundreds of thousands killed. There was little to be "cheerful" about, to put it mildly.

During the Second World War Stalin translated the feelings of a nation at war. The most famous quote of his from that period went as follows: "Not one step back! Such should now be our main slogan." Running from battle was really not an option back then!

Once, while speaking to Britain's Prime Minister William Churchill, who mentioned the moral influence of the Pope on catholic Poland (where the Red Army was fighting back then), Stalin, according to the memoirs of his translator, reacted with a question: "And how many divisions doesPope command?".

Nikita Khrushchev on burying the West and diplomacy

"We will bury you!" is perhaps one of the most ominous warnings ever uttered by Khrushchev, one that had quickly gone viral in the West, as the Soviet leader said it while talking to Western ambassadors in 1956.

Actually, the meaning was not as dark as it sounds: Khrushchev didn't mean destroying the West in a war, he was talking about the communist system prevailing worldwide, and therefore "burying" the capitalist one (that turned out well). But taken out of context by the press, it shocked pretty much everyone.

Generally, Khrushchev - a man of the people and not a very diplomatic person - liked to speak his mind. When Anwar Sadat, the president of Egypt, changed sides in the Cold War, befriending the U.S., and then asked through a mediator to have a talk with Khrushchev, the Soviet leader reacted: "I wouldn't sh*t with the guy (Sadat) in the same field!", and demanded the interpreter to translate his words directly.

Gorbachev was far more diplomatic than Khrushchev, but sometimes he also could sound pretty irritated. When facing a coup attempt in August 1991, just months before the USSR ceased to exist, he had to welcome the would-be-junta members, his colleagues in the communist elite, at his residence in Crimea. By that time, it was obvious that the coup had failed, so Gorbachev, very pissed off, welcomed them with the following words: "So, did you have your fun, you *ssholes?" When asked later whether he had honestly used the phrase, Gorbachev said: "It was the most polite possible words to say to them."

Read more: 10 quotes about the Russian soul that you need to know